by Marina Prados and Paula Knüpling

An inexperienced actress lands her first leading role in a theater production of an important director. The pressure to perform among the other well-know actors is huge, and the situation comes to a head when she is sexually harassed by the director.

Marina Prados, born in Barcelona, studied acting and lives in Berlin since 2016. Paula Knüpling, born in Berlin, worked since the age of eight as an actress in films. The pair began working together in 2018 with the sci-fi theater play HERE at Berlin Volksbühne. Their GenZ company Ladybitches Productions was founded in 2021 with the intention of creating queer working structures and representations.

Our autobiographical directorial debut shines a light on the gray areas of abuse that are often overlooked, but no less painful or destructive. We both grew up in the theater and film industries and have experienced various forms of abuse. We wanted to break down stereotypical characters and create complicated situations whilst simultaneously draw a clear line in terms of consent.

Celine Meral, born in Berlin, started acting in 2016 at Volksbühne Berlin. Since then, she worked in numerous theater productions as well as in various TV and cinema productions, such as Country Girls (Laura Laabs, 2017) or the award-winning film Berlin Alexanderplatz (Burhan Qurbani, 2018).

Christoph Gawenda studied acting at hMtMh and worked since ‘05 at Staatsschauspiel Stuttgart. ‘10 he moved to Schaubühne Berlin under Thomas Ostermeier. His work in film include Parkour (Marc Rensing, 2009) & Einer wie Bruno (Anja Jacobs, 2011). In 2005, he won “Best new coming Actor” by SAT.1. 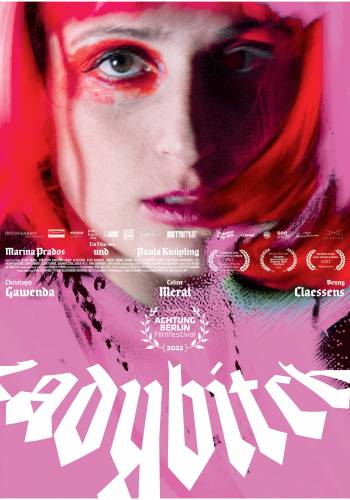