It is Hanukkah evening and everything is the way it has always been for Moos. Except one thing: her long time childhood friend, Sam, has arrived as a surprise guest from Israel. With Sam back, Moos realises her life has been on hold and she needs to follow her own dreams. To everyone’s surprise, she auditions for the academy of performing arts. Despite the encouragement from the handsome singing teacher Chris, Moos quickly learns that not everybody is as receptive to her talents and she might need an option B. Meanwhile, Sam starts to realize his feelings for Moos may not have faded over the years.

Job Gosschalk (1967) trained as an actor for a year at the dramaschool in Maasticht (the Netherlands). After his training he worked as an assistant director in theatre. It was there that he came into contact with Dutch casting director Hans Kemna and this became the start of his casting career. Job took over Kemna’s company based in Amsterdam, and worked as a casting director for over 20 years. In 2001 he was nominated for a Primetime Emmy Award for ‘outstanding casting of a miniseries’.
In 2005 he ventured into producing with his new company Kemna & Zonen and became producer of the successful Dutch Feature Film Love is All (Alles is Liefde), which won best Dutch film at the Netherlands Film Festival in 2008. Since 2008 he has given up casting and he now completely focuses on producing and directing. He has produced multiple award winning comedy and drama series in the Netherlands.
Moos is his second feature film after Time to Spare (2011). He is currently working on his third feature film, a musical drama The Seventh Heaven that will premiere in the Netherlands in November 2016.

I originally envisaged Moos to be a film with two protagonists: Sam and Moos. In a lot of Dutch Jewish jokes these are also the names of two elderly men (Sam being short for Samuel and Moos for Moses). The jokes tend to be about their small daily mishaps witch they deal with a lot of self-mockery. But in our case Sam would be a boy and Moos a girl. As the film developed the heart of the story shifted to one of the protagonists: Moos.
I wanted to make a film about ordinary people in a world where beauty and appearance are everything. Not a glamorous romantic comedy but a film about two people who were not first in line when they were handing out good looks. There are enough stories about heroes. This would be a small story about daily troubles. I wanted the give the audience characters they could easily identify with.
Just like Moos, I myself auditioned for theatre school once, and just like Moos I was rejected. I did not lie about it but maybe it was because I had alternatives where Moos feels she doesn’t have any.
The movie is about love, about laughter and mostly about friendship. About the unstoppable desire to have someone that is there for you. Someone who, at the moment you need them most, will be there standing right beside you.

JIP SMIT (1990) graduated from the Amsterdam Theatre School in 2012. She performed in the hit musical Hazes: He Believes in Me and the play Galileo. She had minor roles in the movie Bro’s before Ho’s and television series Song of Life and Good Evening, Ladies and Gentlemen before landing the lead in the new, kosher comedy film Moos.

DANIEL CORNELISSEN (1989) graduated from the Amsterdam Theatre School in 2012 and quickly landed the lead in the play Holy Fire performing with the Dutch Southern Theatre Group, before playing in The Normal Heart and the feature film 'Feuten: The Party'. In 2014 he gets a major role in the celebrated hit play Anne (about Anne Frank) by famed director Theu Boermans followed by playing the male lead in the new, kosher comedy Moos.

MICHIEL ROMEYN (1955) garnered national acclaim and was awarded the Dutch Academy Award for Best Actor, the Golden Calf, in 1987 for his performance in the movie Count Your Blessings. Romeyn went on to become a seasoned comedian, playing in the celebrated sketch comedy show Jiskefet all of its 15 seasons as well as hit movies as Love is All and Rembrandt & Me. 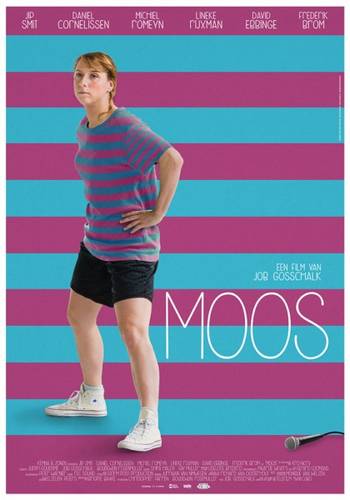