Hanna goes to Israel in order to push her career by working with disabled people. Itay, the israeli social worker picks on Hanna with Holocaust jokes and cynical comments on German history, whilst obviously flirting with her. She initially reacts with rejection, but after a while she becomes interested in her family's history, and also in Itay…

In competition in the section "ReelWomenDirect at Cleveland International Film Festival!
In competition at the European Film Market for the German Film Award aka LOLA!
US Premiere in Berlin & Beyond IFF

"For Hanna the Holocaust is history, dealt with and duly processed in class. She is going to Israel for selfish motives: A few months of „doing something with Jews“, nowadays shows democratic responsibility and helps your career. Silence has severed the personal historiography within families in Germany, but the basic currents of history have worked on in secrecy. Hanna realizes this in Israel. Her grandparents and her detested mother’s behaviour made her what she is today. You can’t start from zero.
In HANNA'S JOURNEY I’m attending the question which impact the Holocaust has for Israelis and Germans of the 3rd generation, how the shared past is affecting our lives up to today and inseparably connects us. The mixture of fascination and disgust which forms the German-Israeli relations, the neurotic, gets symbolized by my film’s complicated love story." 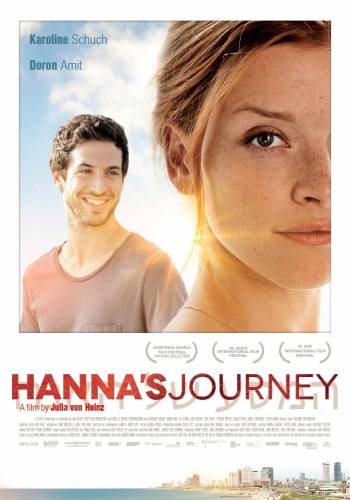