VILLE JANKERI, born in 1976, graduated from the National Film and Television School with an MA in Directing Fiction. In 2007, Ville was chosen to make a short film for the Berlin Today Award competition – “The Last Wash” premiered at the Berlinale Film Festival in 2008. “Sixpack” (2011), his first feature film based on an acclaimed novel by Mikko Rimminen, was both a critical and commercial success. Gold Digger is his second feature film.

Gold Digger is a film about the importance of pursuing your dreams – especially when no one believes in you. A comedy with real characters, trapped in their superficial worlds. Marja, an aspiring fashion blogger, sees everything "as an Instagram shot." And yet when we meet her, she is living with her parents, up to her neck in debt. Olavi, on the other hand, is a rich heir to a powerful family who pretends to be... as ordinary as possible.
In this film I wanted to show that even when reality doesn't meet your expectations, you should always shoot for the stars. It´s a feel-good story about the rich, the poor and the fashion bloggers.

MINKA KUUSTONEN gained her MA from the Department of Acting from Tampere University in 2011. She has performed in The Finnish National Theatre productions from 2012-2015 and also the International Theatre of Finland in 2015. Minka has acted in several Finnish TV series as well as a feature film “Summertime” by Inari Niemi.

OLAVI UUSIVIRTA gained his MA of Arts from the Theatre Academy in Helsinki in 2012. He is also known as a musician, singer and songwriter. Olavi has performed in various theatre plays and acted in several TV movies and feature films. 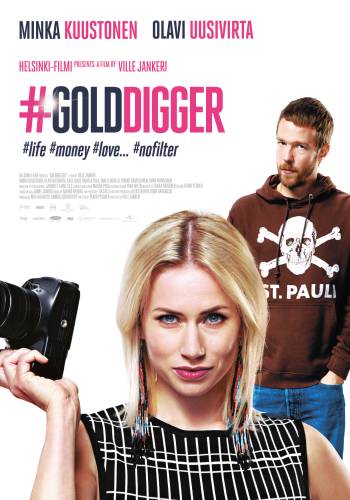