24 hours before the Tamil protests outside the Houses of Parliament, Arun returns home from a long absence to stop his younger brother Ruthi from participating in a criminal act that could ruin his life. Whilst the Tamil society is voicing their pain against the Genocide in Sri Lanka, Arun, who has Tamil roots himself, meets his old flame Kate and his friendship with gang leader Karuna threatens to suck him back into a violent world he left behind.

Dev believes that experience is the biggest teacher in life. He was born in Chennai and has worked in films, television and advertising for over 15 years. He applies his expertise in the story development and direction of a film, drawing inspiration from people he has met, seen, heard or known. He loves to experiment with topical stories of social and cultural interest that have not yet been narrated and needs to be told. Currently living and working from Oxford (UK), Dev has deep roots in Chennai’s magical cinema culture from a very young age. With a career that began as a background artist for cell animation to a filmmaker now, his experiences have imparted a wealth of knowledge into this film. As a filmmaker and film lover, he intends to use his energies in creating beautifully crafted films that touch and change people’s hearts, while they carry home a part of it to be remembered forever.

I have always been a huge fan of cinema from a young age. I loved the way movies transported me to a different time and place. I liked movies which inspired, entertained and conveyed a message. When I was exposed to Hollywood films, I was awestruck by the sheer size of their canvas. Conversely, I soon discovered that European, Latin American and Korean films had profound ideas for story lines and intricate plots which were totally different from their Hollywood counterparts. I found this type of cinema gripping and embraced it immediately. Films like Amorres Perros, Le Hain and Mean Streets were the main inspiration for my style of directing Tooting Broadway.

The story of Tooting Broadway excited and inspired me, as I was able to connect to the subject.

The moment I read the first draft I was ready to shoot it! I was excited. However, the story was not complete and needed more to it. Our idea of having the story a day before the Tamil protests outside the Houses of Parliament was a key aspect of the film. Tamils voicing their pain against the Genocide in Sri Lanka was a powerful message.

In a nutshell, this Film is about: ‘Life is full of surprises and has a mad element to it: we don’t know what is going to happen next. There is no ‘reality’; just time that exists now and then disappears. Therefore one has to be aware and make the right choices or face regretting these later, when it’s too late...’

The film had four timelines. I had to make sure the treatment was different for each of them. There was a lot to filming to be achieved within a tight schedule. So we shot hand held as this gave us the flexibility to film faster and gave a realistic feel to the present timeline which worked for the script. I believe these aspects and the strong unique story in this Film, will set us apart and give us an edge when compared to other low budget films.

Nav Sidhu - Arun
Nav is the typical Urban city boy, born and bred in Bedford. Much to the dismay of his Asian parents, he decided to forego his place at University where he was offered a place to study Law, and instead followed his passion and instinct and enrolled at the East 15 Drama School. He has done theatre roles at the Royal Shakespeare Company and Royal Court. His numerous TV roles include BBC: Spooks and Channel 4: Food.

Elizabeth Henstridge - Kate
Elizabeth graduated from the E15 Drama School in 2010. Known as the ‘English rose’ she has taken the lead role in films such as Heather, A Drive In The Country, Easy Under The Apple Bough and Light Upon Dark. For TV she has shot three episodes of Hollyoaks for Lime Pictures. Her theatre work included playing the role of Polly in The Stone House for London Quest.

San Shella - Karuna
San is a Londoner and has a strong drama background. He has acted in numerous well known feature films including Pirates of the Caribbean: Dead Man’s Chest and Shoot on Sight. He has also just completed shooting two feature films: The Great Ghost Rescue and Living with the Infidels. His TV work includes featuring in various series such as Sherlock, Casualty, Judge John Deed, Five Days, Doctors and Spooks amongst others. 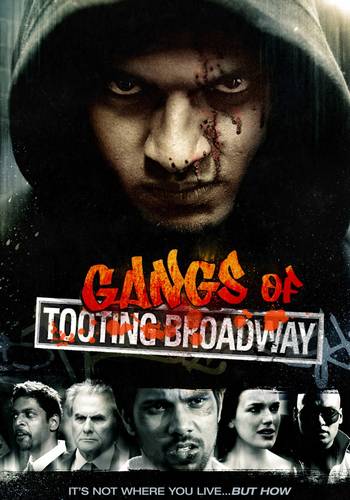