Today is Nina's big day. The day when she will no longer hide and tell everyone she no longer identifies as Niklas. But the 8-year-old doesn't yet know that this decision will shake up her family, the neighborhood and the neatly trimmed front gardens of their picture-perfect suburbia.

Karin Heberlein trained as an actress in London, worked subsequently for various theatres in the UK and internationally. In 2013 she received a scholarship for the “Drehbuchwerkstatt” at the HFF in Munich and since then, she writes screenplays for film and television. Her first feature film as a director was released 2020 and has since won several awards at international festivals

SIMPY NINA is a story about courage, the courage needed to stand up for who we are - who we are are versus who we think we need to be. Ninas disarming honesty while fighting to be accepted for who she is, unbalances the adults that surround her, as they are equally forced to look at themselves and their own little lies, to which they have grown accustomed to.

With many real stories in mind, that were shared with us while writing the screenplay, we wanted to create an uplifting, moving and upbeat film, without banalising the difficulties that Nina encounters. 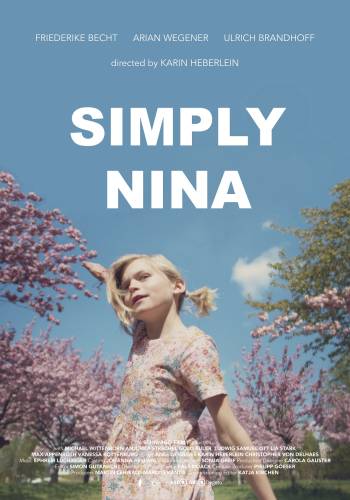