Seventeen-year-old Thomas and his father Niels spend their summer holidays at the Spanish coast. But their father and son time out takes a turn when a boat with African refugees sinks close to their hotel. One of them is 20-year-old Djamile. On a motorbike tour Thomas runs into Djamile and quickly decides to hide her from the Spanish authorities and the smugglers who brought her to Europe. When Niels and Angelica, Thomas’ teacher and his father’s love affair, learn about Thomas’ secret the situation is getting even more explosive. Niels does not support his son’s plans at all. Naive but passionate Thomas struggles to find a way to save Djamile. Deeper and deeper, he explores an unknown world of desperation, hope, greed, violence, betrayal, sorrow and... love.

Sören Voigt, born 1968 in Pinneberg, studied film directing at the National School for Film and Television in Lódz, Poland, and at the German Film and Television Academy (dffb) in Berlin, where he graduated with his first feature film PERFECT SIGHT in 2000, which has been awarded and nominated on several international film festival. In 2003 Voigt’s feature film IDENTITY KILLS followed his international success on renowned film festivals. The German-Spanish coproduction IMPLOSION is his third feature film.. 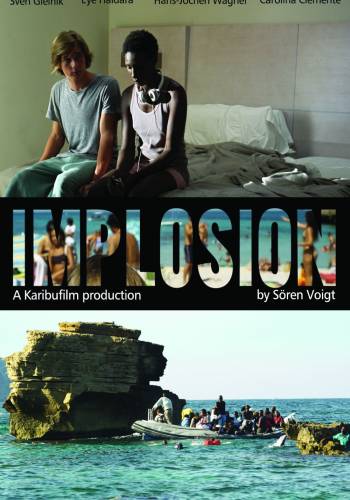