The brilliant scientist Viktor lives a happy life with Lena, despite a tragic accident that occurred during their youth. When he makes a groundbreaking discovery that can change the course of their lives, he will learn that manipulating the time comes with certain risks. What would you do if you could change the past?

After having a degree from the London Film School, Lukas Bossuyt made his name as a screenwriter of several Flemish TV series such as DE RODENBURGS and PETER ASPE – MORD IN BRÜGGE. He is also known as a director of commercials and short films, which won several prizes like Euroshorts Winner (2003), Cannes Shortlist (2005) and Viktor Awards Grand Prix (2007). SUM OF HISTORIES is his first feature film.

“I want to tell a story about love, or even better: I want to show the sum of different stories about love. What would happen with the love between two characters when you give them the chance to change the past? Changing the past keeps on stimulating people’s imagination and makes them curious.”

Matteo Simoni began as a theatre actor. Later he starred in the TV-series such as AMATEURS (2014) directed by the Cannes awarded director Frank Van Passel. Simoni played also a main role in film MARINA (2013) a prize-winner of some European and international film awards.

Karina Smulders played in the Amsterdam Theatre Group in 2002. She was seen in several feature films like in successful Dutch film BRIDE FLIGHT (2008), WILD ROMANCE (2006) which won the prizes Rembrandt Award and Golden Calf and A THOUSAND KISSES (2006). 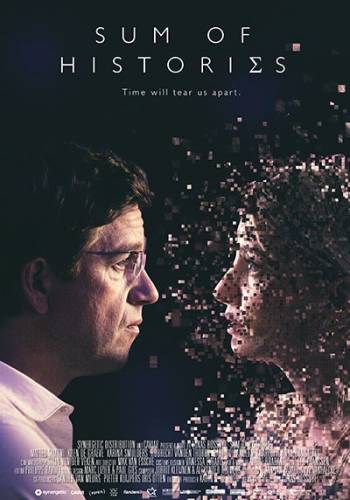