Mosh, a sixteen year old dancer lives in the slums with her mother and her cousin Geronimo, an aspiring rapper. As her mother’s health worsens and Geronimo gets in trouble with dangerous people, an unexpected visit changes the family‘s fortunes.

Juan Antonio Bisonó is a Dominican writer and director. He double majored at the University of Miami in English Literature and Motion Pictures, during his studies worked as Managing editor at the Miami Hurricane newspaper. Mosh will be his first feature film.

During my mom’s fight with cancer she asked me to pray for her, knowing I never had. But, for her, I prayed. The prayers stoked a creative fire. I wrote a lot, mostly about a young dancer whose mother had cancer like mine. I wrote about a strange God that is empathic but bizarre, androgynous yet motherly, colourful and elegant.
That is my movie, that is my God, everything at once, but so absurd it might just be a bad joke.

Omar Augusto Luis
Is an experimental hip hop singer and songwriter as well an actor known for Sambá (2017), Cabarete and 50 Primeras Citas (2018).

Rebeca Dalmasi
Is an alumni of the National Dance Academy in contemporary and folkloric dancing as well as at the Elila Mena Music School in Classic Piano.

Ysabel Spencer
Is an actress and award winning Theatre director. She is the founder of Maleducadas Collective. Ysabel has directed 6 plays and acted in over 50.

Damian Alcazar
Is an actor and producer, known for The Chronicles of Narnia: Prince Caspian, The Crimes of Father Amaro and Narcos 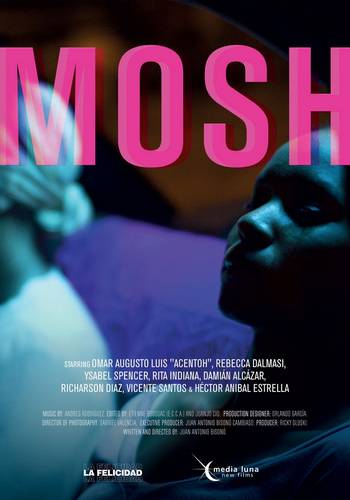