After being cruelly separated, a Mongolian boy and his horse brave the unforgiving Mongolian wilds during the Russian revolution to be reunited.

Ebi (Erdenebileg Ganbold) has been performing with the Mongolian National Theater since he graduated from Mongolian State University of Art and Culture in 1999 with a degree in acting and Directing. He has starred in almost twenty films including Anu Queen, Trapped Abroad 1&2 and First Love. Along with having produced many films which broke Mongolian box office records, he is the winner of three Mongolian Academy Awards: Best Director and Best Picture for Father, and Best Producer for Trapped Abroad 2.

Mongolians cannot be imagined without their horses...The Mongolian Empire encompassed two thirds of the known world, because of this sacred bond between horse and man. The film shows the bond between a horse and its homeland while showing the communion between steed and rider that is so central to the nomadic way of life. In the end a boy and a horse will teach us the true meaning of family and that a Homeland starts with a handful of soil.

Ariunbold Erdenebayar
was born in 2007. He lives in the province of Arkhangai, in the Mongolian country side with his parents. The Steed is his acting debut. Ariunbold has no previous training or experience acting. He is a true horseman, now lives happily with one of the horses that played Rusty in his homeland.

Todgerel Erdenetuya
was born in 1990, has been performing in the Mongolian National Drama theater for 6 years. He has been in over 10 films in Mongolia, including the director Erdenebileg Ganbold's film Reparation. His training is in dance and opera. He loves music, fitness and enjoys character acting.

Tserendagva Purevdorj & Mendbayar Dagvadorj
are one of the most famous and nationally renowned husband and wife acting duos. They have performed in over 100 productions for The Mongolian National Theater and acted in over 100 of the top rated films in Mongolia. They have both been awarded Mongolia's highest honer as Mongolia's National Actor and Actress respectively. 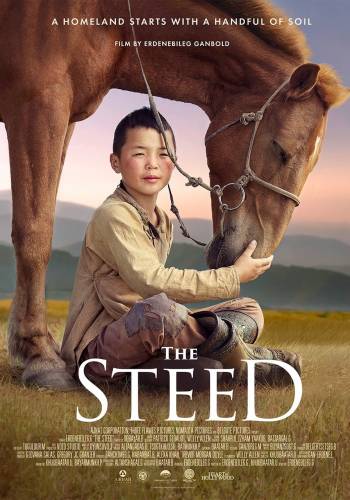