Stephanie is a lively child, leading an isolated life with her mentally unstable mother and her mistrusting father. The passing years only bring aging, but no future. So Stephanie retreats into a dark world of barbaric fantasies, nourished by the traces of the past. One day, however, Stephanie‘s secret invades the family‘s reality...

Sabrina Mertens works in documentary, experimental and fictional films as well as video art. She studies Directing at the Filmakademie Baden-Württemberg since 2015. Time of Moulting is her first feature film.

Atmospheres of oppression and the banality of the horrible. Diffuse feelings of how the past shapes the future, traumas that are believed to have been repressed influence the life of the next generation. The standstill lies like a leaden blanket on the soul and the human psyche takes an escape route into inner abyss. To be devoured and disappeared - who would wish that? Three people trapped together and within themselves and the question of what chance a child has, whose parents are incapable of being parents, in a society where family origin determines one‘s fate in life?

Freya Kreutzkam
Up until now, Freya has been working mainly in short films and for television. Time of Moulting is her big screen debut.

Zelda Espenschied
For Zelda, still at a young age, this was her first acting experience.

Miriam Schieweck
Despite her role being a very demanding one, Miriam Schieweck mustered the courage to play adult Stephanie with an intensity that belies her non-professional background. 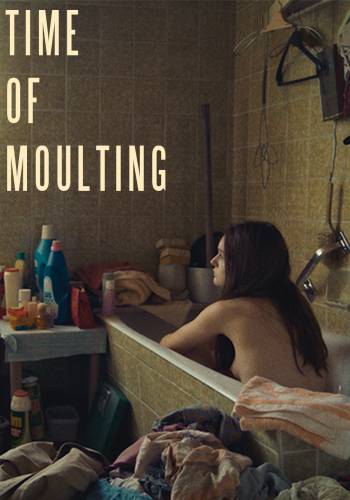