Dmitrij returns after studying abroad to his provincial hometown. He divides his time between his dull job at the local court of justice and his hobby: rock climbing. Dmitrij’s daily routine is interrupted when he starts to flee into his fantasy world and meets his new friend Andrej…

Zaza Rusadze was born in Tbilisi, Georgia. Rusadze worked for the Georgian State TV for several years and completed his degree in directing at the film school HFF “Konrad Wolf” in Potsdam, Germany. He worked as assistant director on film sets of Otar Ioseliani, Dito Tsintsadze and Ineke Smits. In 2007 Zaza founded the Film Production Company Zazarfilm. A FOLD IN MY BLANKET is his directorial feature film debut.

Going to the cinema nowadays I sadly realize that films are increasingly “chasing after reality”. The realism hype and its predictable dramaturgy have placed emphasis on all that is recognizable. I wanted to depart from the “realness” of a linear narrative structure and to create a space with moving images trying to show not what we see, but what we are not able to see...

Tornike Bziava is a Georgian film director. With his films he was nominated at several international film festivals. Noticed by his colleagues for his acting skills, he is often offered leading roles in the recent Georgian feature films.

Tornike Gogrichiani is a theatre and drama actor. He started his career at Shota Rustaveli Theatre and Film University and is working at Tbilisi Vaso Abashidze Music and Drama state theatre. His first performance and his first role in Oscar Wilde’s “Salome” caught the eyes of critics and the public. He played roles like: Macbeth, Cyrano de Bergerac, Tybalt. A FOLD IN MY BLANKET is his feature film debut as actor.

Avtandil Makharadze played two main parts in Cannes’ Jury Grand Prize winner and Golden Globe awarded REPENTANCE by Tengiz Abuladze. Furthermore he acted in Mikheil Kalatozishvili’s THE BELOVED, which premiered in Competition at Berlin Film Festival and played the role of Josef Stalin in ARCHANGEL with Daniel Craig. With A FOLD IN MY BLANKET he returns to Georgian Cinema. 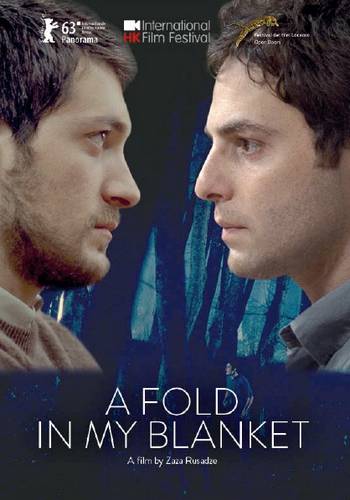