Kid, a little boy, lives whit his mother and his slightly older brother Billy on a farm outside a small town. Since their father abandoned them a few years previously, they have had to fend for themselves, and their finances are in ruins. Then fate strikes. The two little boys have to move with their uncle and aunt. Kid misses his mother more than ever, and wants to be with her again.

Fien Troch is a director, screenwriter and producer. She was born in 1978 and studied as a film director at the Saint Lucas High Institute. After graduating in September 2000, she achieved several nominations and awards. Her first full-length film SOMEONE ELSE'S HAPPINESS has won the Golden Alexander Award, the Award for Best Actress, for Best Screenplay and the Special Mention Award at Thessaloniki International Film Festival.

KID is her third feature film. 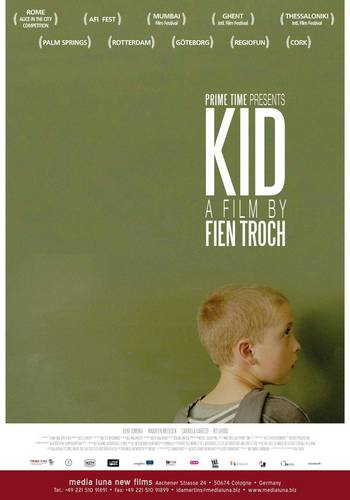