When Lauri’s wife, Kiia, goes into premature labour of his so expected kid, they run down a dark country road to reach, as fast as they can, the hospital. An abrupt stop. Did they hit something? Lauri wants to move quick and save his family. In the hospital, Kiia befriends Hanna, a woman whose husband is in coma, victim of a hit-and-run driver. When the truth finally dawns, will it be too late to forgive?

Petri Kotwica is an award-winning Finnish film director and screenwriter. His first feature HOMESICK (2005) was lauded at numerous international festivals. His second feature BLACK ICE premiered in Berlinale 2008 in Competition, was a box office hit in Finland, won six national film awards and has been screened at more than 50 film festivals. RAT KING (2012) had its international premiere at Tribeca in 2012. ABSOLUTION is his fourth feature.

“In 2001, I survived a car accident, and thank God no one else was injured. As I recovered, I replayed the accident a thousand times in my head, both awake and in my dreams, contemplating what might have happened. Therefore I need to tell this story. I wanted to continue in the vein of my film BLACK ICE, and build a story around compelling female roles. Each character is strong-willed and has so much to lose in a battle of wills that must ultimately be resolved. I wanted to captivate the audience with suspenseful and visual storytelling and a strong sense of place.”

LAURA BIRN is one of the leading actors in her generation in Finland. She has been in over 15 Finnish feature films. Her performance in PURGE (2012) by Antti Jokinen earned her a “Best Actress” award in Jussi Gala 2013. For the film A WALK AMONG THE TOMBSTONES by Scott Frank (2014) she was selected as the Berlinale ERP Shooting Star.

EERO AHO has made a prestigious career in feature films, on stage and on television. He has portrayed numerous leading characters in 9 feature films. His performance in 8-BALL by Aku Louhimies earned him the award for “Best Actor” in Jussi Gala 2014.

MARI RANTASILA has a long career on stage, in films and on television. She is a multitalented actress who is also very acclaimed singer and film director for feature film and TV series. 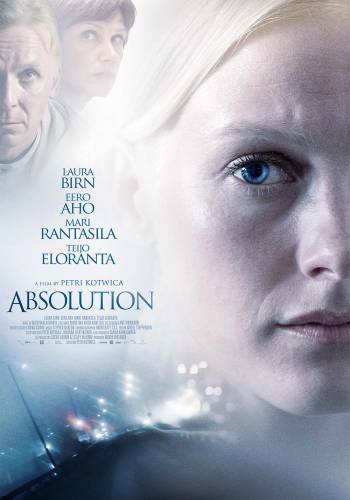