Divorced father Marko is hardly ever alone: he is surrounded on all sides by family, friends, co-workers and neighborhood fixers. Yet he is driven to the brink by limited contact with the one person he loves more than anyone – his daughter, who lives with her mother. When he starts the legal proceedings to get more time with his child, he enters the Kafkaesque world of a social-services system in meltdown. His fierce, paternal love for his child is both the source of his misery and his greatest joy.

In this film I wanted to address the parent-child relationship following a marriage breakdown. My primary interest is in the parent who did not get custody of the child and does not get to live with the child. The focus of the film is on the parent’s emotional state and position of disentitlement and helplessness against a dominantly bureaucratic mechanism, insensitive to individual stories and destinies.

RAKAN RUSHAIDAT is a graduate in acting from the Academy of Drama Arts in Zagreb, Croatia, in 2000. Since then, he has become an established film, TV and theatre actor and has appeared in over 25 feature films, several of which have travelled the international festival circuit.

MIKI MANOJLOVIĆ is one of the most iconic Serbian actors. He is recognized internationally for his roles in Emir Kusturica’s When Father Was Away on Business and Underground and François Ozon’s Criminal Lovers.

SNJEŽANA SINOVČIĆ ŠIŠKOV is a Croatian theatre, TV and film actress. She graduated acting in 1987 from the Academy of Performing Arts in Sarajevo, Bosnia and Herzegovina. She is a member of the ensemble of the Croatian National Theatre in Split and has performed in over 50 theatre productions and several short and feature films. 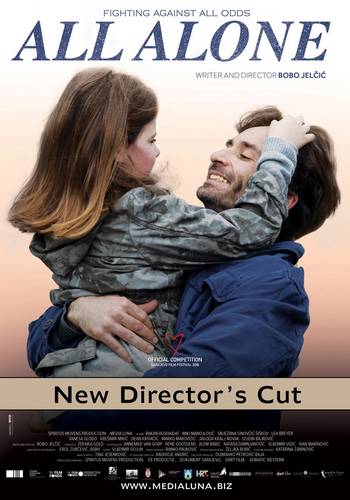