When the mother of Liling becomes blind, her daughter is lured back to the small island where she came from. By means of language she tries to connect her mother with the world again. Also in the big city, where she has a strange friendship with an older artist, she becomes more aware of the value of her imagination. This increases the attraction for the inexplicable. Lilling is drawn into mystery.

After graduation from the Film Academy in Amsterdam director David Verbeek left for China, returning some years after his debut Beat with his second feature film Shanghai Trance; a cinematic portrait of Shanghai that depicts a generation of young Chinese, bedazzled by a city that is changing faster than they can grow up. The film was selected for the Tiger Award competition at the International Film Festival Rotterdam as well as numerous international festivals. It was released in China in over 250 cinema and in late 2008.

He shot his third feature film in Taiwan,, a Dutch / French . co-production. RU THERE is a multi-dimensional experience that comprises twenty percent Second Lift images. It is an exploration of the virtual world in which the younger generation is so deeply immersed. The film got to Un Certain Regard in Cannnes

How to Describe a Cloud can be seen as a kind of neo-mystical tale: exploring the troublesome coexistence of the super natural and the scientific on the island of Taiwan. Seen through my eyes as a foreign director, this culture is hyper modern and strangely superstitious at the same time. In dealing with the blindness of her mother, the daughter needs to find a balance between the realm of the senses and her imagination.

HUANG LU:
In 2006 Huang Lu was studying at the Beijing Film Academy when debuting in Chinese director Li Yang's BLIND MOUNTAIN. Huang Lu walked the red carpet in Cannes and her discovery by the international film community began. Guo Xiao Lu's SHE A CHINESE was awarded The Golden Leopard in Locarno 2009 with Huang Lu in the leading role.

LU YI-CHING:
Ms. LU Yi-Ching started her first acting at “Rebels of the Neon God” in 1992 by Dir. TSAI Ming Liang, after that she became a veteran of Tsai Ming Liang’s films. Ms. LU actively participated not only in films, but also in theatres and TV dramas. She has been nominated for Best Supporting Actress five times for Golden Horse Awards, and won twice for Best Supporting Actress at Asia-Pacific Film Festival. Currently, she is working on numerous projects in 2013. 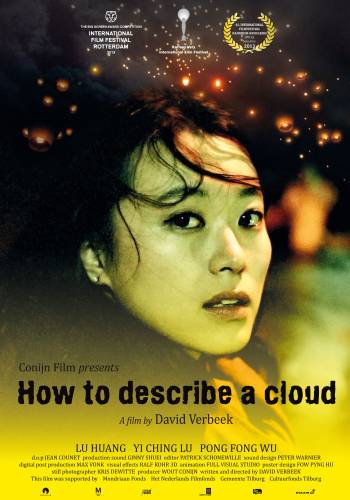