Jose Fierro is an ambitious young stockbroker, who yields to the temptation of the apparent Mexican economic boom in the 90th, which will lead to national disaster. He becomes involved in illicit financial dealings and encounters the forces of political and economic power, while his wife Analuisa is tempted by an adulterous erotic liaison. In a story of love and corruption “El Efecto Tequila” shows those who make us believe that credit cards are blank checks. He has to fight for his fate, his beautiful wife, his daughter and his father. All his life seems to crack like México's financial market, which shows that a mistake can change our lives forever.

Born in México City in 1961 León Serment graduated from CCC and worked in entertainment business as Editor, Writer, Camera assistant and producer since 1981. He directed the TV series documentary MEXICO SIGLO XX, coordinated by Enrique Kauz. In 2002 he founded his production company Taller de Luz. Before THE TEQUILA EFFECT he wrote and directed KADA KIEN SU KARMA.

The Tequila Effect joins in a natural way my interests in documentary and fiction films. What happens in our countries defines and changes the personal stories of us, who are away from the transcendental decisions. All of a sudden we see all our dreams and projects washed away because of the calls of the influential people, the ones who lurk in the darkness. 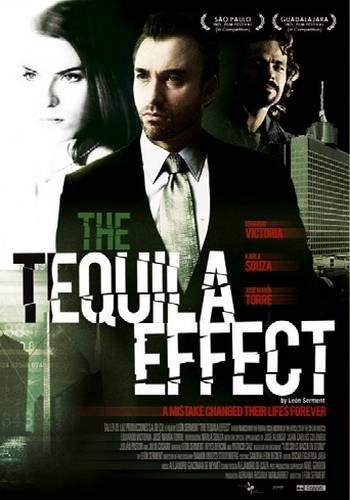