Ariel is a young pious dressmaker whose first sexual encounter proves an extremely painful experience. Suspicion arises that something strange happens with her body. She discovers that she was born with ambiguous genitalia and that she underwent several surgeries to be turned into a woman. This truth immerses her in the path to find forgiveness and freedom.

Patricia Ortega graduated from the International Film and TV School (EICTV) in Cuba and currently works as works as an executive producer, scriptwriter and director. Her first fiction feature film, El Regreso, had a very successful run in Venezuelan cinemas in 2013. Being Impossible is her second feature film.

When I was born, my mother gave me dolls just because of the genitals I was born with. From that point on, a set of assumptions were imposed on me by society completely against my will. For those who won’t conform to those assumptions, challenging society is the only way to be free. Being Impossible is the story of an intersex person, but anyone who has faced the challenge of demanding the right to decision about on their body, identity and sexuality will identify with the film. Nobody should enforce or police other people’s lives – that is the vision that underlies my film.

LUCÍA BEDOYA is a 4th year Drama Student at the University of Valle, Colombia. She is the recipient of scholarships which have allowed her to study musical theatre in New York and Chinese Opera in Shanghai. Being Impossible is her first feature film as a leading actress.

MARÍA ELENA DUQUE aka Nena Duque began her artistic career in 1987 in Colombia where she obtained the National Prize as "Singer of Guascarrilera Music". Then she moved to Venezuela and created the Theater Group "Majumi Productions". She starred in films like Breach in the Silence and April.

BELKIS AVILLADARES is a Venezuelan actress with 16 years of experience in theatre, film and television. She starred in Venezuelan and international productions, like Huele pega by Joseph Novoa, 100 Years of Forgiveness by Alejandro Saderman, The Son by Jean Pierre and Luc Dardenne and Precocious Pregnancy by Fina Torres. 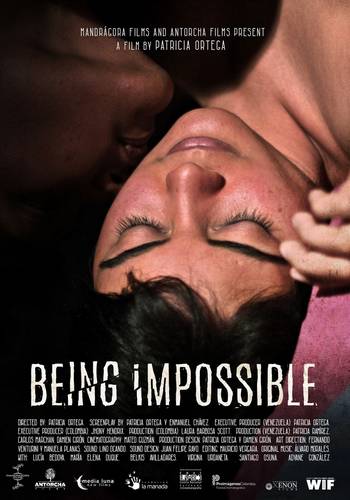