Football star Charlie has the world at his feet. With a top club desperate to sign him, his future is seemingly mapped out. But the teenager only sees a nightmare. Trapped in the body of a boy, Charlie is torn between wanting to live up to her father’s expectations and shedding this ill-fitting skin. Charlie’s next move will tear the family apart and threaten everything they hold dear.

REBEKAH FORTUNE has worked extensively in theatre and TV since she gained her BA and MA in Drama. In 1997 she began to direct setting up a critically acclaimed theatre company. Something Blue her first short film, and the inspiration for Just Charlie, selected for festivals all around the world. Rebekah has completed several other shorts as well as a web movie. Just Charlie is her first feature film.

As a parent the struggle to allow your child to follow their dreams is in permanent conflict with what you think is best for them. We all think we are doing what’s right for our children but sometimes they disappoint us and often we disappoint them. In telling Charlie’s story, I aimed to create a skillful combination of feel-good fare and evocative Brit grit. It’s a simple but important tale, funny, sad, moving and very uplifting.

HARRY GILBY is no stranger to the industry, having already starred in the play version of The Full Monty in London’s West End, in the role of Nathan, and has recently appeared alongside Jessica Raine in ITV's new series, Jericho. Harry currently attends the BAFTA award winning Television Workshop in Nottingham.
SCOT WILLIAMS made his film debut in the Beatles biographical movie, Backbeat. He has guested in several UK TV dramas as well as numerous feature films including Taking Stock with Kelly Brook.
PATRICIA POTTER has acted on stage, in films and is a regular on many popular UK TV dramas. She is best known for her role in BBC medical drama, Holby City. 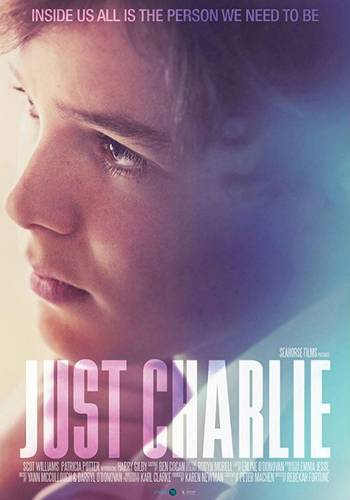