In a detention camp in 1918, a group of Finish actors are sentenced to death. When an important German general arrives, the camp’s vicious commandant forges out a cruel plan: The prisoners have to perform a play - and if they can make the visiting general laugh, they will be spared. Due to the brutal conditions within the camp, this goal seems to be impossible to reach. But after some time, even the commandant’s wife starts to sympathise with the prisoners, watching them rehearsing dressed up in woman’s clothes.

Director Heikki Kujanpää studied film in the Department of TV and Film at the School of Arts and Design. Thereafter he made short films like The Icebreaker (1997) and A Small Pilgrimage (2000), both of which were awarded several international prizes (e.g. Grand Prix in Laon IFF). His first feature film Falling Angels (2008) won three Jussi‐Awards in annual Finnish Film Awards.

LAUGH OR DIE is a project especially close to my heart. I have a past in the theatre, both as a stage actor as well as a director. The film tells about the fears I experienced as a performer: what it is like to perform with everything at stake, and succeed by a whisker.
This film is about power of laughter. Even in oppressive circumstances any community can survive if it knows how to address things through comedy. Hilarious and cruel. Touching and outrageous. These are my keywords to making this film.

Jani Kristian Volanen (born 1 November 1971, in Helsinki) is a Finnish actor/writer/director. He has appeared in more than fifty TV- and movie-productions and thirty professional theater productions since 1986. Volanen has also created and directed many comedy-shows for Finnish television. Volanen often plays characters with personality disorders.

Martti Juhani Suosalo (born 19 July 1962) is a Finnish actor and singer. Suosalo was born in Oulu, and began his career in 1986 with an appearance in a TV series. He began to work as a regular actor on Finnish television but also appeared in several films in the early 1990s such as the 1994 film Aapo alongside actors such as Taisto Reimaluoto, Ulla Koivuranta and Kai Lehtinen. At the 2020 Vienna Independent Film Festival Martti Suosalo received the Best Actor award for his role in Laugh or Die. 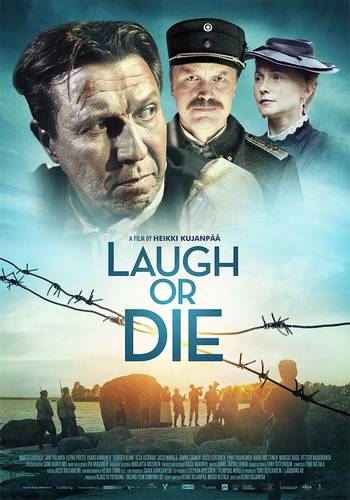