Five friends growing up in a small town in Germany, have to decide whether leave or stay after they finished school. They seek each other, they run away from each other as they kiss and brawl.

A kaleidoscope of violence, love and loneliness where intimacy and pain go hand in hand.

Melanie Waelde was born in Dachau in 1992. From 2013 until 2017 she studied screenwriting at the “Deutsche Film- und Fernsehakademie Berlin” (dffb). Since graduating she has been working as a freelance author and filmmaker. Her short films have been screened at numerous festivals. NAKED ANIMALS is her feature film debut. Next to her film work Melanie writes poetry and experimental short stories.

NAKED ANIMALS is like an emotion - both a memory and a vision of the future. As characters and their relationships keep moving, so does the picture. Their whole world is as narrow as the aspect ratio. It's a film that exists in a place where it hurts most. A place where the heart beats. A place where we are vulnerable and, at the same time, try not to be.

Marie Tragousti was born in 1999 in Berlin. She gathered first acting experience by participating in plays at the Youth Club of the Schaubühne Berlin and the P14 Youth Theatre of the Volksbühne Berlin. For her on camera debut in the short WAS WIR WISSEN (2016) she received the award as “Best Main Actress” at the Firenze FilmCorti Festival.  NAKED ANIMALS is her cinema debut.

Sammy Scheuritzel was born in 1998 and already performed in front of a camera at the tender age of 8. Amongst other films he starred in Oskar Röhlers SOURCES OF LIFE (2011), ALONE IN BERLIN (2015) by Vincent Perez and in the Netflix-series DARK (2019). For his performance in THINGS LEFT UNSAID (2016) he was nominated as „Best Young Actor“ for the Max-Ophüls-Award. Born in Berlin he now lives in Munich and studies Acting at the Otto Falckenberg School of the Performing Arts.

Michelangelo Fortuzzi was born in 2001 and is living in Berlin. He already starred in a number of Film and TV Productions, among others the international feature film BERLIN, I LOVE YOU (2017) or the TV production ALLES ISY (2017), for which he received the New Talent Award at the German TV Awards 2019. From 2018 – 2019 he belonged to the main cast of the youth series DRUCK, the German version of the successful Norwegian series SKAM. He is currently starring as one of the lead characters in the Amazon series WIR KINDER VOM BAHNHOF ZOO, based on the book with the same name from 1978. 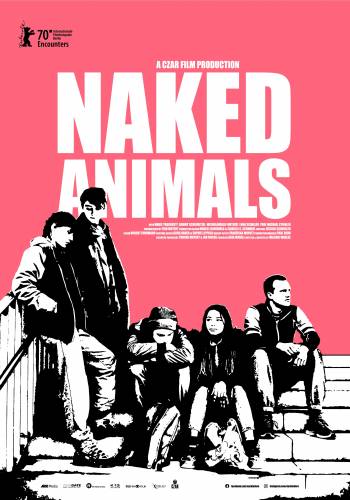