Coco is a chaotic young woman, who is embroiled in a hopeless affair with Hans, recently divorced and in his fifties. She has no idea what to do with her life, until she discovers her mother is seriously ill. Wholeheartedly, she embraces this new purpose in life and moves in with her to help, ignoring their distant relationship, as well as her mother's desire to be left alone.

SASKIA DIESING graduated from HKU University of the Arts Utrecht in 1996 and directed several acclaimed TV movies at Dutch public broadcast VPRO. She co-wrote Een goed leven, which was nominated for Best TV-Drama at the Netherlands Film Festival. In 2014, her first feature Nena was nominated for 5 awards at the Netherlands Film Festival, and it won Best Actress and Best Director. Moreover, Nena was selected in 2015 for Berlinale Generation and won Special Mention.

With Craving I wanted to make a film that is both ruthlessly observant and humane. Heavy in its themes, but light in tone, and filled with compassion for its characters, who are struggling with everyday events and relationships. Mutual understanding is beyond them, but they can admit what went wrong and accept the consequences. Whether it is small or large confession, there is a constant reckoning. When I first read the novel, these continuous switches left me simultaneously moved, thrilled, and confused. That is what I hope to bring to my audience.

SIMONE KLEINSMA is an award-winning actress and singer, known as ‘The Grand Dame of the Dutch Musical’. After two decades in cabaret, TV comedies, and musicals, she was awarded with the Golden Harp in 2000 and the Musical Ouevre Award in 2017. In recent years, she is also focusing on acting in feature films by playing roles in A Tuscan Wedding (2014) and Loving Ibiza (2013).
ELISE VAN ’T LAAR gained recognition with her performance in Between 10 and 12, which opened at the Venice Film Festival in 2014, and for which she was nominated for Best Actress at the Netherlands Film Festival. The same year, she also starred in Supernova, which premiered at Berlinale 2014. Furthermore, she acted in TV series, such as the highly acclaimed Ramses, which won the Prix de l’Europe for Best European TV-Drama and an Emmy Award. 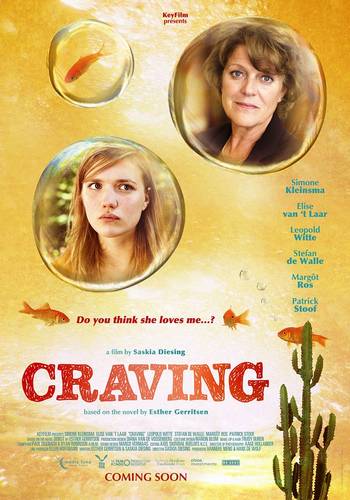