A small Swedish community which seems idyllic on the surface. But when 14 years-old Jennifer claims to have been raped by classmate Alexander, everything changes. The rumor rapidly spreads throughout the community. And more and more people are convinced that Jennifer is lying. This is the beginning of a stirred up lynch chase in which an entire community turns against a young girl and her family. A brutal collective where evidence and decisions of court mean nothing and where grown up people lay down their own rules and laws. Nothing is going too far. The only thing that matters is sticking with the flock.

Beata Gårdeler feature debut IN YOUR VEINS was highly praised by the critics as well as nominated for a Guldbagge (Swedish National Film Award). She has directed several TV-series such as SPUNG and recently, the award winning 30 DEGREES IN FEBRUARY(conceptual director). She won the feature competition 2014 at the Göteborg Film Festival with SOLITUDE.

I grew up in a small community in northern Sweden where the social behavior and unwritten laws are very old fashioned. At the same time, many things have changed thanks to social media. I felt that this film had an unusually important mission: to tell an outstanding story about people’s deepest fears and what they lead to, especially in a civilized society in the year 2014. What kind of mechanisms makes a ordinary village to turn against a 14 –year old girl and condemn her? These things could happen anywhere.

JENNIFER  - Fatime Azemi grew up in the small village Harads close to almost all of the locations for ”Flocken”. Both Fatime and John Risto are the same age as their characters. Still children – but they act more adult than all the adults. Jennifer is more complex than many other female victims on film: she is aggressive and also in some way unlikeable. Fatime’s intensity and presence are hard to act at 15. 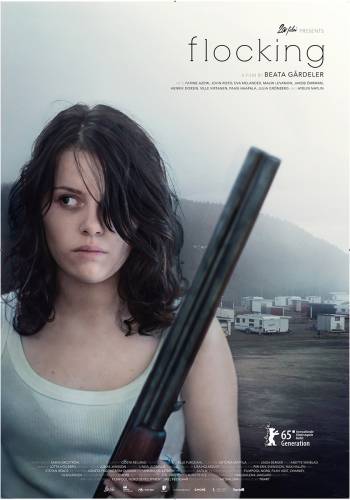