The five-year-old Flo cannot understand the condition that her father is in. Her mother explains: “He is with us but also far away at the same time”. This description  sparks  the  child’s  creativity,  as  she  begins  to  imagine  her  father  embarking on a journey far away, into the vastness of space.

At the young age of 20, Daniel Bertram directed the Anti-Racism-Spot for the Fifa World-Cup 2006 with national team players from Germany, USA and Albania. His Social-Spots were broadcasted in more than 70 countries worldwide. Until the Edge of the World is his debut film and diploma film at the University of Applied Science and Arts, Hannover.

I wanted to make a film in which the audience becomes a silent observer of a world dominated by grief and loss. My vision was a film in which we immerse ourselves in the thoughts of the characters, to a metaphorical, visual and acoustic dimension, where we slowly begin to realize on whose mind we are.

Lisa Hagmeister
Born in Berlin in 1979, Lisa Hagmeister performed in Theatre as well as on TV in the German Tatort, for which she won a German Television Award. She recently starred in a leading role in System Crasher, which won her the Silver Bear at the Berlinale.

Alicia Valencia Pollex
For this promising German child actress Until the Edge of the World marks the first film role. 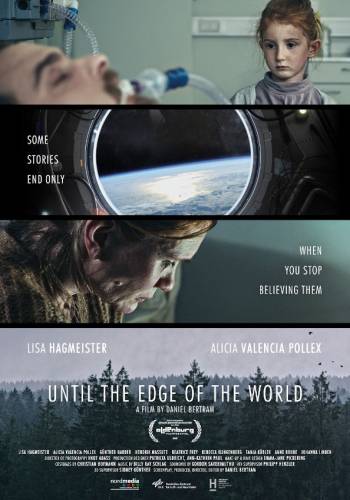