Mariagrazia, Chiara and Letizia are far from being confident in their bodies. Most of the times they would just like to be invisible. But when a video showing them in their swimsuits surfaces online, their worst nightmare becomes reality. Two possibilities now lie ahead: disappearing forever or diving into a mad mission - becoming synchronized swimming champions.

Francesco Ghiaccio graduated in dramaturgy at the Paolo Grassi School in Milan. His plays – among which SOLITA FORMULA (2006) and L'ACQUARIO (2012), have been staged in the most important national festivals and theaters. With Marco D'Amore he founded La Piccola Società, a film and theatre production company. His feature film directorial debut took place in 2007 with the short GABIANO CON UNA SOLA B. In 2015 he directed his first feature film UN POSTO SICURO based on the book written with Marco D'Amore in the same year.

It’s hard to look within yourself with sincerity, we need some kind of encouragement. The same is for the protagonists of this story: they will need love, rage, dreams, and fears before reaching that final taste of achievement. You are how you feel about yourself, not how you see yourself, the mirror is always lying.

Vinicio Marchioni
He was born on August 10, 1975 in Rome/Italy. He is an actor and director and appeared in Woody Allen’s To Rome with Love (2012) and Cronofobia. 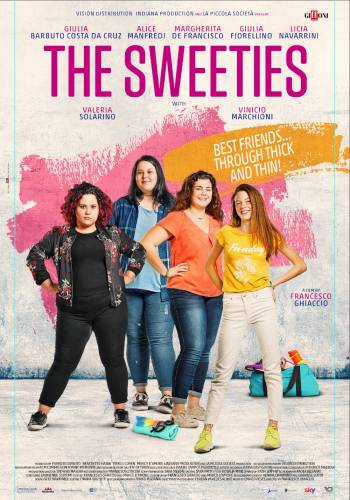