Soviet Union, 1941: a Jewish girl regains consciousness under a layer of black earth. Close-ups of milky-white body parts reveal she is in a mass grave. The images are of great beauty despite all their horror. Anna is six years old and hides herself in a disused fireplace of the Nazi commandant’s office. From there she views the war and life passing by. The guard dog outside imprisons her. The threat of discovery is constant.
Her ingenuity, the items left behind by the slowly alternating visitors and the treasures she discovers in the adjacent rooms help her survive, simultaneously creating some absurdist, theatrical moments.

Aleksey Fedorchenko is one of the central figures in the Russian independent new auteur films wave. He began his career making short documentaries. His First on the Moon (2005) is considered to be the first Russian mockumentary and received the Orizzonti Award in Venice. Fedorchenko's feature films have also received numerous nominations and awards at international film festivals.
Since 2004 he is a co-owner, chief film director and the general producer of 29th February Film Company.

A little Jewish girl and the Second World War.

One and only hero.

Cinematic space is limited to the insides of a fireplace, and the geography of events is limited to the classroom of a village school that had been turned into a Nazi commandant’s office. Inside the fireplace the girl finds a safe place where she makes a nest for herself. A home. Outside is an insane world of adults. We see its reflection in a bubbly amalgam on the old mirror.

This is a story of survival and victory.

Robinson Crusoe had it easier: he was an adult, he wasn’t alone, and he had a whole island for himself. Anna is six years old, no one is there to help her, and there is only a small chance of finding food at the commandant’s office. Thirst and hunger are a constant in Anna’s life. There are no flashbacks in the film because the past is dead. There is no future. There is only the present. Only what happens now is significant.

The film isn’t black and white. Anna is a child and so there are many bright colours around her. The walls of the old school are blue and green. In the classroom there is a lot of red. On set there are many authentic Soviet school objects from the 30s and 40s.

The soundscape of the film is diverse, there are dialogues from the Commandant’s office workers: Germans, Ukrainians, Russians. Also present are voices of soldiers: Germans, Frenchmen, Hungarians, Romanians. The German radio plays the propaganda programs and music. Neither the viewer nor Anna can understand it all but it makes no difference. What matters is located inside the fireplace, in the world of Anna. Her beautiful world is reaching further and further and soon it will encompass the entire planet Earth – and Anna will win the World War. 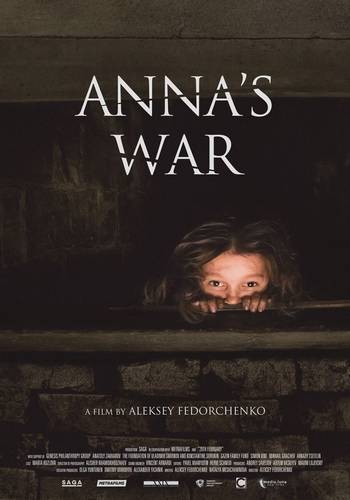