Étienne is an old man living alone in a cramped apartment full of stuff. He won’t get rid of it all and he would never think of moving out, even though the flat doesn’t belong to him. He refuses to talk to the social worker, his neighbours or to the owner of the flat believing that the souls of his dead wife and daughter are still present within its walls.

The symptoms betrayed by the main character in the film are in no way unusual in the modern world. In the spirit of contemporary Catalan cinema, the filmmaker aims for stringency, even to the point of abstraction.

Pere Vilà i Barceló (b. 1975, Girona, Spain) studied screenwriting at Centre Calassanç in Barcelona as the pupil of famous director and screenwriter Joaquin Jordà. He has written a number of screenplays and has made various short films. He won the Elsa Peretti Foundation prize for his film The Fish of the River Lethe (Els peixos del riu Leteo). In 2006 he shot his first feature film, Railroad Crossing (Pas a nivell), presented at several festivals, including Rotterdam. He then made the short documentary Origin (Origen, 2008) while also shooting the civil war documentary Unknown Soldiers (Soldats anònims, 2008), which he co-directed with Isaki Lacuesta.

The Stoning of Saint Stephen is a contemporary hagiographical account that chronicles the last days of Étienne, old and sick, who has to face both the rebukes of their personal environment and his own moral doubts. His lonely life goes through a rigorous daily routine marked by rituals and small details that fill his life meaning and also the care of his battered body that seems increasingly difficult to repair. With a high social component but also symbolic, there is a clash between an external world, full of disbelief and contempt for the life of the elderly, and the interior of his apartment that seems to come alive through him. The film is structured through the most significant events of the last days of Étienne, as if it were a medieval altarpiece describes the story of martyrdom today. Merging the real with the supernatural, the characters in the film live in perpetual contradiction and conditioned by pain, guilt and remorse as the axes of their lives. The pain that brings the mysterious character inherited from his mother to survive the horror of the Nazi extermination, the guilt Étienne feels for not being able to save the lives of Julie, his sick daughter, and his wife Sophie, and finally the pangs of Jeanne who feels like an abandoned child. Feelings, on the other hand, that do not preclude the end of a miracle.

Lou Castel (born 28 May 1943) is a Colombian actor known primarily for his work in Italian films. Born Ulv Quarzell in Bogotá, Castel moved to Europe as a young man. Interested in acting from an early age, he attended the Centro Sperimentale di Cinematografia, but was quickly kicked out. His first movie role was an uncredited extra in The Leopard (1963). But two years later, he would catch his big break when he starred in Fists in the Pocket. His performance as the epileptic Alessandro, who murders his mother and his brother, was acclaimed all over the world. His next role to gain international prominence was probably as Jeff, the temperamental bisexual film director in Beware of a Holy Whore (1971), directed by Rainer Werner Fassbinder. Fassbinder himself portrayed the film's producer. In the following decades, Castel worked with some of the other important European directors of the era, including Pier Paolo Pasolini, Wim Wenders, Philippe Garrel, and Olivier Assayas. Though the quality of the films he acted in were quite disparate, ranging from arthouse films to cheap exploitation, Castel always chose roles that reflected his militant leftist beliefs. He is still acting to this day. 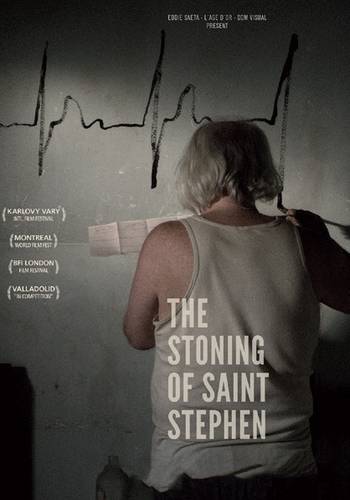