After a storm hit the town of Punta Indio, the corpse of Marga Maier is found on the riverbanks, obviously killed by a sharp stone. Even though the scared murderer confesses the crime, he keeps a secret of the whereabouts of his weapon. Everyone starts believing in a local legend of a cursed diamond, and from now on it will show what each one of them is willing to do to get it.

CAMILA TOKER trained as an actress in Ricardo Bartís’ studio, she studied art direction at “Escuela de Arte Escénico Saulo Benavente”, and film directing at “Universidad del Cine”. Upa! Una Película Argentina was her debut film, which she co-wrote and co-directed, and which won Best Argentinian Movie at the Bafici 2007.

I discovered a place called Punta Indio surrounded by fields, mountains and swamps, and located next to a river. A few years back I started visiting it and paying attention to the stories inherent to that small lawless town. With this premise and western feeling in mind I got together with Anne-Sophie Vignolles and started writing this story.

LUIS MACHÍN is an Argentine actor with a vast career in film and TV. He is best known for the films Felicidades (2000) and Un oso rojo (2002), as well as for appearing in several popular TV series. 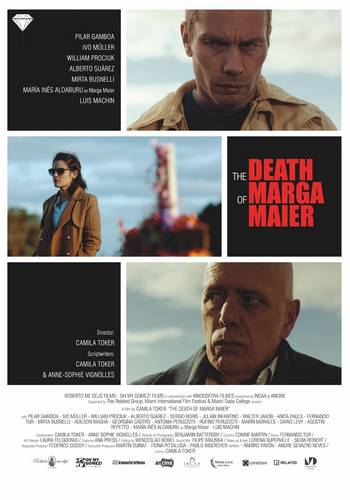