“The Firefly” tells the story of Lucia, a married woman who, after the sudden death of her estranged brother Andrés, goes through an emotional crisis. At the funeral, Lucia cannot bear to see him being buried and escapes to Andrés’ apartment. There she meets Mariana, Andrés fiancée, who has been using the apartment as a hideout since the wedding day. Slowly the two women begin to help each other mourn their loss and grow to love one another. After going on a road trip together, Lucia realizes she no longer wants to be married and decides, once and for all, to follow her dreams next to Mariana, the love of her life.

ANA MARIA HERMIDA is an award winning writer, director and producer from Colombia. She graduated with honors from The School of Visual Arts and her thesis film, “The Red Elephant”, won the Outstanding Achievement in Directing and Outstanding Film of the Year at the Dusty's Film Festival organized by SVA. It was also part of the official selection of HBO's New York International Latino Film Festival, The Indie Spirit Film Festival and Guanajuato Film Festival, among others. “The Firefly” is Hermida's first feature film.

CAROLINA GUERRA is a Colombian actress, best known for her roles in films like Damned, La Lectora, and Restos. She was the host of Colombia´s Next Top Model. She also played in the Latino version of Grey´s Anatomy called A Corazón Abierto, El Cartel 2 and the aclaimed British TV show Davinci's Demonds.

OLGA SEGURA is a Mexican actress and producer. She played in Cellmates with Stacy Keach and Tom Sizemore, Border Run with Sharon Stone, Marcelo with Hector Jimenez, and Gonzáles: Falsos Profetas with Carlos Bardem. She has also been part of the popular TV shows Señora Acero and Texas Rising.

MANUEL JOSÉ CHÁVES is a Colombian actor who started his career in the TV series De pies a cabeza in 1993. He played in the films Edipo alcalde and Como el Gato y el Ratón, winner of the Jury Award and the Gold Sun Award. He is also known for his role in the successful Hispanic TV series El Capo. 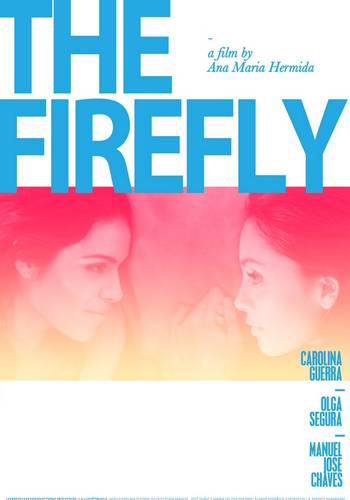