Amsterdam, 1988. Detective Lucas is charged to investigate the mysterious death of jazz legend Chet Baker. His exploration of Baker's last days takes him on a dark musical journey in which he crosses the paths of Sarah, the last lover, Simon, the silent and unconditional friend and Doctor Feelgood, the ambiguous admirer. While penetrating the mind of the infamous trumpeter, Lucas needs to face his own demons and shadows.

Rolf van Eijk is a writer/director graduated at the Utrecht School of Arts with his award-winning film Heaven Above Holland. His television film Inside won several awards, including the Prix Genève for Best Screenplay by a newcomer and was selected at Karlovy Vary. In 2014 Rolf made the television film T.I.M. that had its international premier at TIFF Kids and an impressive consecutive festival-run.

Chet Baker found his lonely death in a symbolic place: on the outskirts of the medieval city centre of Amsterdam. It is a place of coming and going, strewn with drugs and prostitutes. This underworld is also the habitat of detective Lucas who retraces Chet’s last footsteps. As Lucas is investigating Chet’s death, he gets lost in the dark alley of his own soul, in search of his foolish heart.

Steve Wall is an Irish actor and musician, known for his roles in Vikings, Silent Witness, Moone Boy. He is also the lead singer and songwriter of legendary Irish bands The Walls and The Stunning.

Gijs Naber is one of Holland’s most talented actors whose work was awarded with the Golden Calf for Best Actor for his role in the film The Peter Pan Man in 2014. He is known domestically for his roles in Love, Honour and a Bike and The Heineken Kidnapping.

Raymond Thiry, with a prestigious career in theatre and television is also a two-time Golden Calf winner and has worked with the biggest Dutch filmmakers, such as Martin Koolhoven and Joost van Ginkel. 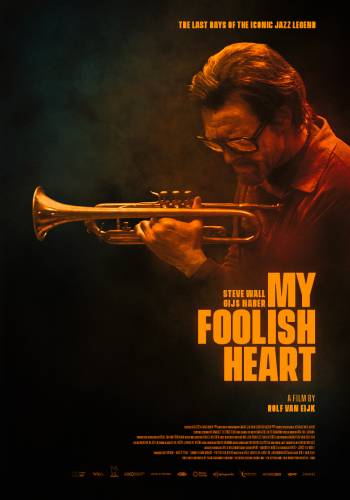