After losing their baby, Grant and Christine visit an old friend with a new partner in his isolated and idyllic seaside house. Over a long weekend, secrets are revealed and the life of the dead child is lived out in a series of fantastical dreams that become an opportunity for spiritual healing.

Dave McKean, a celebrated illustrator of graphic novels, album covers, children's books, and concept artist for films such as “Harry Potter and the Prisoner of Azkaban”. He has created award winning books with Neil Gaiman (including Sandman and Coraline), Ricjard Dawkins, Ray Bradbury and Heston Blumenthal. He own books cages and Pictures That Tick have won many awards including the Harvey for Best New Comic and Best Graphic Novel. As a filmmaker he was awarded in Locarno and Sitges Film Festival for his first film MirrorMask.

“Luna started with a real tragic event in the lives of two friends of mine. The feelings and observations around that time made their way into my note books, but it took a while to find a way of reinventing their story while keeping the central emotions that I wanted to explore. I wanted my characters to talk to each other from behind the veneer of considerate behavior. I also wanted to see their dreams and fears.”

STEPHANIE LEONIDAS starred in Neil Gaiman and Dave McKean's MIRRORMASK in the dual roles of Helena and the Dark Princess. Followed this she acted in a BBC adaptation of DRACULA, as well as CRUSADE IN JEANS. She is currently co-lead in the sci-fi series DEFIANCE.

MICHAEL MALONEY has starred in the films IN THE BLEAK MIDWINTER, HAMLET, OTHELLO, BABEL, NOTES ON A SCANDAL and TRULY, MADLY, DEEPLY. He has also featured in many successful Tv series including Empire, Love on a Branch Line and Casualty.

DERVLA KIRWAN appeared in the hugely successful series BALLYKISSANGEL and GOODNIGHT, SWEETHEART amongst many other TV appearances including DR. WHO. She has also starred in Neil Jordan's ONDINE and Blackout with Christopher Ecclestone. 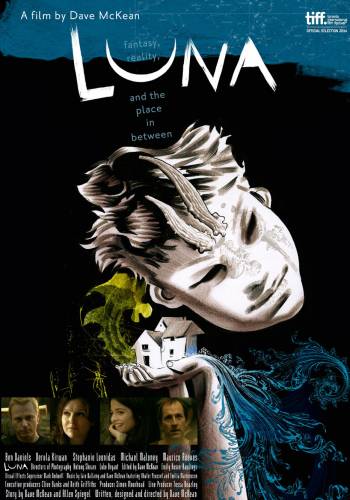