The brothers Viper and Cobra are unable to build up a life to be satisfied with. Viper, unemployed and lonely, does not know how to escape from the shadow of his junkie and troublemaker brother. Until one day he decides to teach him a life lesson he should never forget.... A lesson that without control will turn into a nightmare.

Jan Prušinovský (*1979) completed his studies at Film and TV School (FAMU) in Czech Republic. His first feature FRANKIE IS A WOMANIZER (2008) was in several festivals, like Rome and Beijing. In 2009 he shot the successful comedy series DISTRICT LEAGUE, which had a cinema release prequel in 2012. Afterwards he made a new TV series, FOURTH STAR. THE SNAKE BROTHERS is his third feature.

"Sacrifice in order to achieve it. For me, the important thing for the film was to be absolutely authentic. I don’t like dramas that suffocate you with all their fate and seriousness. Even in a dramatic work, you can play with humor. It is usually a bit dark and absurd, or maybe even out of place. It’s not about slapstick or clever one-liners, but a choice of viewpoint. No, it is not a tragicomedy; it really is drama."

Matěj Hádek (*1975) is a leading member of the youngest generation of actors from Czech Republic. His first big film role was in Ivan Vojnár’s THE WAY THROUGH THE BLEAK WOODS (1997). He has portrayed numerous characters in theater and in TV movies and series. His most recent role, in Vladimír Michálek’s STORYTELLER, earned him a Czech Lion nomination in the category of Best Supporting Actor.

Kryštof Hádek (*1982) first appeared in front of the camera in smaller roles as a child. He gained fame in Jan Svěrák’s DARK BLUE WORLD. His depiction in 3 SEASONS IN HELL earned him a Czech Lion for „Best Actor“. More recently, he starred on Jonathan Glazer’s UNDER THE SKIN starring Scarlett Johnasson, film which Indiewire called the best film of 2014. 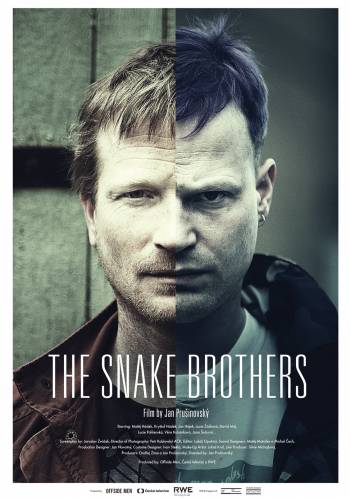