The news of Michael Jackson's death take an Islamic cleric, known as "Jackson" during his school days, by surprise. But what does a preacher have in common with the King of Pop? More importantly, his struggle to conciliate his life as a preacher with his past life and relationships raise the most prominent question in his mind: is he the Sheikh, Jackson, or both?

Amr Salama is a prominent young Egyptian writer and director whose credits include the prize-winning AIDS drama Asmaa and the coming-of-age comedy Excuse My French, which swept the board at Egypt’s equivalent of the Oscars.

I never felt as vulnerable making a film, it was half writing a memoir and half fictionalizing a universal story that can transcend above stereotyping and prejudice, a story about fear of death and loving life, identity, temptation and self-love.

AHMAD ALFISHAWY is an Egyptian actor who grew up amongst some of the top artists in the region. Son of famed actors Farouk Alfishawy and Somaya El Alfy, he started his cinematic and TV career at a very early age, making him today an A-lister entertainment name in the movie, TV and music industry.

MAGED EL KEDWANY was born in Cairo, Egypt, and started out in the 90s, starring in over thirty roles in well-known films such as Asphalt Ghosts (1996). In 2010, he won the Best Actor Award for his role in 678 at the Dubai International Film Festival. El Kedwany also starred in popular Egyptian films like Thieves in KG2 (2002), Asmaa (2011).

AHMED MALEK is an award-winning young actor, who had his first roles in Egyptian TV series. When he was 15, he acted in his breakthrough role in the popular series The Brotherhood. Later he starred in films such as El Gezira 2 (2014) by Sherif Arafa and Clash by Mohamed Diab (2016). Today, Malek is one of the best known Egyptian actors of his generation. 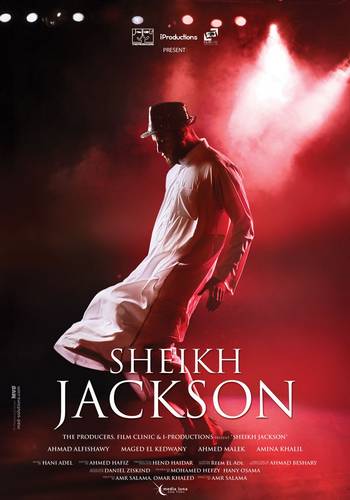