Sofie and Daan (33) are fraternal twins, but that is all they have in common - except for their two fathers, who raised them. One day, their biological mother Jackie calls from a hospital in the U.S. with a complicated fractured leg needing their help. The sisters travel to the U.S. and are disappointed by reality: Jackie is a stern woman who doesn’t seems to have any interest in her daughters. Nevertheless, they embark on a trip across the desert of New Mexico to get Jackie to the rehabilitation centre. On the road in Jackie’s old and shabby RV, this becomes an adventurous and life-changing journey filled with confrontations, challenges and surprises...

Antoinette Beumer (born 1962) graduated 1989 from the Amsterdam Theatre School as director. She established herself as a director of successful television series like the appraised youth series WILLEMSPARK. Her documentary SEE YOU IN VEGAS was well received by the critics and screened in the cinemas in 2007. Her 2010 adaptation of the bestseller THE HAPPY HOUSEWIFE was a big hit and received the Platinum Film status (over 500.000 visitors). Main actress Carice van Houten received a Golden Calf for Best Actress for her role. Antoinette’s next film, a remake of the Flemish thriller LOFT is her second Platinum Film in one year time. JACKIE starring Carice and Jelka van Houten and Holly Hunter, is her latest film.

I do have the ambition to make films with a bigger budget, but whether this is in Holland or abroad doesn’t really matter to me. I do like making films for as many people as possible. I wouldn’t say my films are typically Dutch, though, they aren’t deeply rooted in Dutch culture or anything like that. I do know I like to make films with women in the lead. I know that I like to make a mix between comedy and drama, that I like films with a smile and a tear. All of that is in JACKIE.

Jackie - Holly Hunter
Holly Hunter has been nominated for four Academy Awards for the films BROADCAST NEWS, THE FIRM, THE PIANO and THIRTEEN. 1993 she won the Academy Award as well as the award for Best Actress at the Cannes Film Festival for her performance in THE PIANO. She received a Golden Globe nomination for her role in HARLAN COUNTY WAR and playing Detective "Grace Hanadarko," in the 2010 series SAVING GRACE, she earned nominations for two Emmy Awards, two Screen Actors Guild Awards and a Golden Globe Award for Best Lead Actress in a Drama Series.

Sofie - Carice van Houten
With several film awards in her pocket, including five Golden Calves for best actress, Carice van Houten has become one of the Netherland’s most talented and popular actresses. The success of Paul Verhoeven’s BLACKBOOK, both national as international, launched a promising international career for her. She starred in international productions as, VALKYRIE, REPO MEN, BLACK DEATH, FROM TIME TO TIME and BLACK BUTTERFLIES, Paula van der Oest’s international feature film, for which Carice was rewarded with Best Actress at the Tribeca Film Festival. This year Carice can be seen in the cinemas alongside her sister in JACKIE, and she will also star in the popular HBO series GAME OF THRONES.

Daan - Jelka van Houten
Jelka van Houten is an actress and singer and has played is several film- and TV productions such as VERBORGEN GEBREKEN and MIXED UP by Paula van der Oest. She won two awards for her performances in the musicals TURK FRUITS and DROMEN…ZIJN BEDROG for best female lead and best female supporting act in a small production. In the feature film JACKIE she plays alongside her sister Carice. 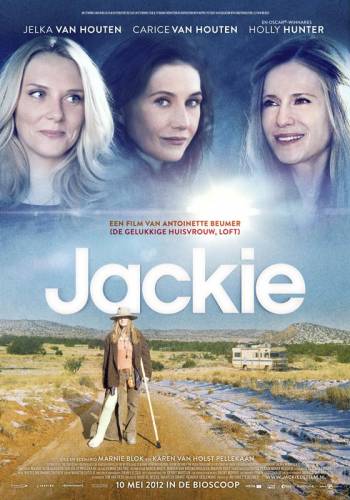