Julian, a 13-year-old seminarian will endure a hard spiritual journey to reach Perfect Obedience. The order’s founding father, captivated by his fragility and innocence, will take him to live together with him in his private home for a year. In that time Julian will wander the most intense and contradictory phase of his life while his mentor guides him to complete psychological and physical surrender.

Luis Urquiza graduated from the UAM (Autonomous Metropolitan University) in Communications and complimented his studies with cinema and journalism classes. Since 1987 he has worked as a producer and a director for television. Later on in his life, he started working in film production. In 2001, together with Lourdes García, he founded Astillero Films. PERFECT OBEDIENCE is his first feature.

“I joined a seminary to become a priest when I was twelve years old. I was there for eight years. At the seminary, I learned that institutions sometimes act as they would be above people. Bernado Alvarez, Archbishop of Tenerife Spain, declared that he justifies the abuses carried out by paedophiles camouflaged as priests. Why the impunity? It requires many accomplices. I thought it was important to denounce that economic and political power circles which choose to defend paedophile priests.”

Juan Manuel Bernal was born in 1967 in Mexico City. He studied Acting at the CUT (Centro Universitario de Teatro) in UNAM. His most important participations in films are MIDAQ ALLEY (1995), RECIPES TO STAY TOGETHER (1998), WITHOUT A TRACE (2000) and THE BLUE ROOM (2002).

Sebastián Aguirre was born in Mexico City in 1998. He began his acting studies at the age of 8 years with Paloma Arredondo. PERFECT OBEDIENCE is his first film. After it, he starred the awarded film GÜEROS (2014) by Alonso Ruiz Palacios which was screened in Berlinale, Sundance, Karlovy Vary and among others reknown festivals. 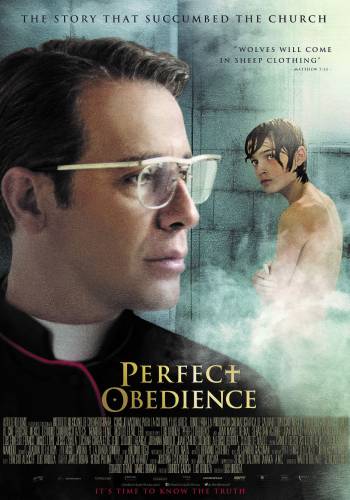