Emma, and her mother are on the run. Finding refuge in an isolated retreat, where a nuclear power station looms. As Emma builds a relationship with an enigmatic boy, she begins to break away from the protection of her mother and is forced to navigate a hostile world alone.
A tense and haunting tale of a toxic family with a dangerous past.

Catherine Linstrum began her career working for the BBC television as a documentary director and wrote the screenplay for Dreaming of Joseph Lees, directed by Eric Styles. Nuclear is her feature film debut.

Nuclear explores characters and themes that have intrigued me for a long time, with its intense emotional story playing out in a world where reality and unreality collide. It is an emotional psychological drama with supernatural elements, it has a twisting narrative, where our characters transition - from this life to the next, from childhood to adulthood, from revenge to redemption.

Emilia Jones
Nominated for a BAFTA for her leading role in Horrible Histories, she was born in London and began acting when she was 8 years old. Her credits include High-Rise, Brimstone and Ghostland.

George MacKay
One of Berlinale Shooting Stars, George rose to fame with roles in Sunshine on Leith and Pride and Captain Fantastic. He recently played the lead in  Sam Mendes' award winner drama 1917 and in True History of the Kelly Gang that premiered at TIFF.

Sienna Guillory
A former model, she is best known for her portrayal of Jill Valentine in the action-horror film series Resident Evil. She also starred in the epic fantasy blockbuster Eragon and Ben Wheatley’s dystopian adaptation of J.G. Ballard’s sci-fi extravaganza High-Rise. 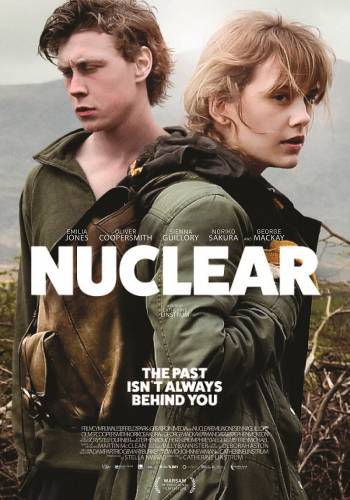