Alma is a young ambitious woman working in her own small company in Barcelona. She is happy in life but constantly dreams of a bigger project that she could work on together with her friends. A project that would bring in their first million. The opportunity finally arises and they buy an old building with a plan to renovate it into luxury apartments. But how to get rid of old tenants without hurting their feelings and without losing your own morals? Furthermore, how to survive from a free fall when you lose all you have? “Alma de Sant Pere” is a film about dreams, friendships and human values.

Jarmo Lampela has worked as a free lance director, screenwriter and producer since 1991. He has directed 12 feature length fiction, several documents and TV series and worked also for many theater productions. 2007-2014 he worked in ELO filmschool Helsinki as the professor of directing and as head of the filmschool for last six years. Jarmo started as the head of drama in YLE national Finnish television in May 2015.

Economical crisis. What do I understand about such a thing? Big banks go to bankruptcy, even the states are having huge problems to pay their loans, pensions, health care costs. Who caused the crisis? Who are the guilty ones? Or am I also to blame? Or those ones who have a wonderful dream to do something big which will change their lives? And what there is left when you have lost all?

CARLA DE OTERO graduated in 2009, worked since in theater productions in Barcelona and in short films.

JUHA KUKKONEN since 1998 he worked in Ryhmäteatteri in Helsinki as an actor and director, has done more than 50 theater productions, more than 30 film and TV productions.

LAURA BIRN worked as a free lance actress in more than 40 films, short films and TV series including international productions in US, UK and Scandinavia. She is a member of Q-theater. 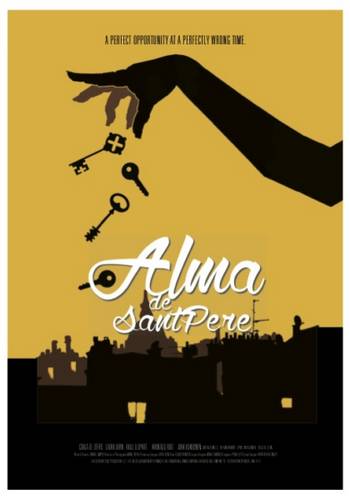