Since her husband went to jail, Hala has to face her suicidal thoughts alone. Her strength has to come from within as society does not help nor forgive a depressed woman  - especially if she’s a mother.

Hisham Saqr was born in Cairo and has more than ten years of experience as an editor in the Egyptian film industry. Saqr has worked with a number of acclaimed Egyptian directors. Certified Mail is his first feature film.

I made a film about the idea of loss and how one can surprisingly find the inner strength to deal with it. It is about how a normal person who is emotionally fragile copes with this; incomprehensible emotions such as anxiety and depression that lead to suicidal thoughts. I have personally gone through all these feelings and thoughts so I started to think: What if the main character was a woman who has just had a child? Society is asking a lot of her, especially when being a mother and having her own child adds much more to the illogical fear and anxiety of losing even her own new-born girl. These complex emotions and how she finds a way to cope with them is what I am examining in my film. 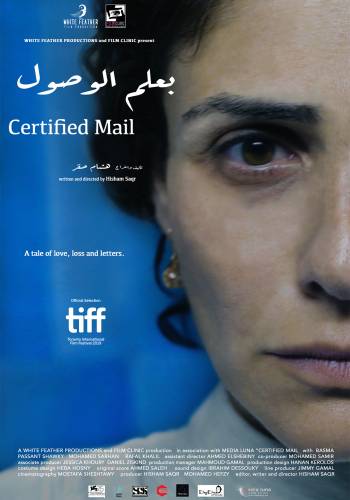