Teenage Sascha has two dreams: to write a novel about her dead mother and to take revenge on her stepfather who brutally murdered her. When she meets the newspaper editor Volker, he invites her to come to his and his son's place. A subtle love triangle enrols which helps Sascha to find her personal way of growing up.

Bettina Blümner studied directing at the Filmakademie Baden-Wuerttemberg in Germany and at the Escuela Int. de Cine y TV in Cuba. Her TV-movie DIE KETTE (OT) was shown on Arte and German TV and premiered at the Hof Int. Film Festival. The feature documentary POOL OF PRINCESSES won the Dialogue en Perspective at the Berlin Int. Film Festival and the German Film Award. BROKEN GLASS PARK is her first feature film.

“Sascha’s story really touched me. How can you deal with the loss of such an important person in your life? She wants to find an answer for herself. When Sascha meets Volker and his son Felix, the film shows that adolescence can be sometimes comic and confusing. The great spiritual power of Sascha has inspired me.”

Since Jasna Fritzi Bauer studied at Ernst Busch Academy of Dramatic Art in Berlin, she is requested for both theatre and film. For her appearances in ALIVE AND TICKING and BROKEN GLASS PARK, she was awarded with the best newcomer award at Filmkunstfest MV and the prestigious “Max-Ophüls-Award”.

Ulrich Noethen is one of the most important character actors of German cinema. During his career, Noethen won various awards for his acting, including the “German Film Award”, the “Bavarian Film Award”, the “Adolf Grimme Award” and the “Golden Camera”.

Despite his young age, Max Hegewald performed already in several feature and TV films, for both German and international productions. He acted with Benno Führmann (Christian Carion’s MERRY CHRISTMAS) in DER MAUERSCHÜTZE (OT) and won the “Golden Camera”. 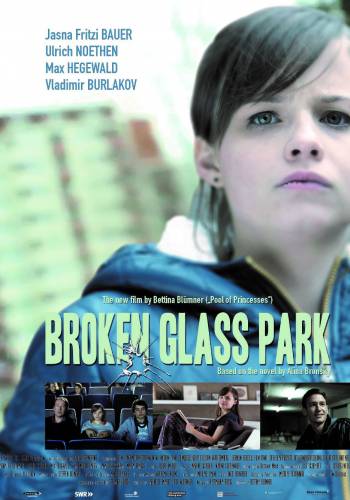