Atilio lives with his granddaughter Iara. His great desire is to have a grandson to transmit the Guarani culture. When he discovers that Iara's mother, Helena, is pregnant, he decides to go to a long journey and cross borders, with the aim to convince Helena to give birth in the Guarani land... The long journey will make Atilio and Iara understand the real meaning of traditions and family bonds.

Luis Zorraquín studied at the Universidad del Cine (Argentina). He improved his studies in script with José Martínez Suárez. Luis developed his professional career in commercials and feature films where he worked as assistant director. He directed four short films. GUARANÍ is his first feature Film.

“Some time ago, when I was in Paraguay, I got to know Guarani’s culture, which still beats and subsists despite the huge silence and wars. Now, many people emigrate looking for a better future. I wanted to tell a story that took place in the border, with a strong Paraguayan view, opposing culture values that seem to be lost in the youngsters.”

Emilio Barreto is a Paraguayan actor. He has been 13 years imprisoned by the military dictatorship. After released, he pursued his career as a theatre actor. The play EL ARTE DEL SILENCIO (2005) is his most important play. 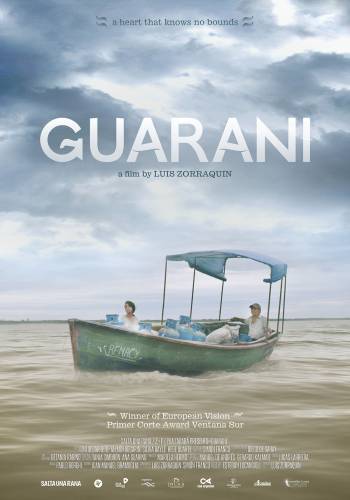