United States, the 50s. Amongst stuffed poodles, whiskey infused teas, sinful mambo lessons and threats of alien invasions, Mrs. Fairytale spends her days locked in her dream home and without a moment of breath. A surreal world where the aspirations and hopes of our characters take shape then collide, crash and finally come true. A dream, perhaps, where anyone can finally be who they want to be, but behind which hides another upsetting reality.

Sebastiano Mauri graduated from NYU Film School and his short films won the Warner Brothers Award and the Martin Scorsese Post-Production Award. He studied at the Byam Shaw School of Art in London and the Art Students League in New York. He is a published author and visual artist whose works have been exhibited in galleries around the world. Fairytale is his directorial debut.

Fairytale’s style harkens back to the 1950s chromatic tradition of Douglas Sirk. Colors are used to describe our character’s world, but also to embrace their states of mind. It is an imaginary world, reconstructed in Hollywood Golden Age style.
A black comedy that uses irony to portray serious themes as it tells the story of the awakening of an extraordinary American woman: white, middle-class transsexual.

FILIPPO TIMI is an Italian actor, director and writer. Winner of “Best Actor Under 30” at the 2004 UBU Awards, the highest prize for Italian theatre, he has since worked with directors Anton Corbijn, Marco Bellocchio and Teresa Villaverde.

LUCIA MASCINO is an experienced theatre and film actress who has worked with some of the biggest names in Italian cinema, such as Nanni Moretti, Giuseppe Piccioni and Francesca Comencini.

PIERA DEGLI ESPOSTI’s career spans for over 50 years, from Film and Television, to Stage and Opera productions. She won the David di Donatello prize for Best Supporting Actress for her role in Paolo Sorrentino’s Il Divo. 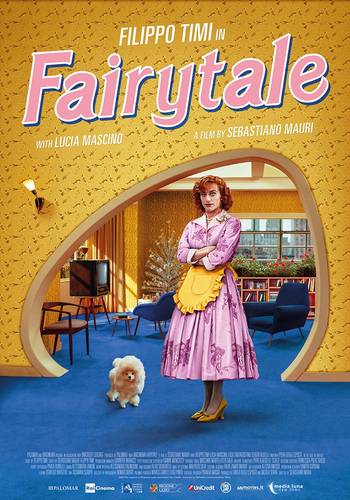