A young British woman named Sinaloa hitchhikes deep into Texas to meet Merle, her half-sister by way of their dead country musician father. As the two women get to know each other, Sinaloa’s chaotic influence starts to unravel Merle’s stable life. While the family music legacy brought this stranger to town, darker motives are woven into the songs she sings.

Directors Jason Cortlund and Julia Halperin are based in Austin, Texas. Their feature Now, Forager premiered at IFF Rotterdam and New Directors/New Films. It received “Two Thumbs Up” from Roger Ebert and an IFP Gotham Award nomination for Breakthrough Director. Their follow-up (Barracuda) was developed with the Venice Biennale College-Cinema, IFP, CineMart, Austin Film Society, and a Yaddo residency.

As directors, we believe in letting characters drive our stories—in this case, three unique women who struggle to let go of some shared traumas. At its core, Barracuda is a story about the conflicting loyalties between mothers, daughters, and sisters. It’s about our own worst instincts to steer into the crash. And it’s about a deep, simmering female rage forcing its way to the surface.

ALLISON TOLMAN trained at Baylor University and the Second City Conservatory in Chicago. She was nominated for Emmy, Golden Globe and Critic’s Choice Awards on the Fargo TV series and appears in Krampus, The Gift, and Mad Dogs. She currently stars in ABC’s television comedy Downward Dog.

SOPHIE REID trained at the Royal Conservatoire in Scotland. She appears in Disney’s Beauty and the Beast, Game of Thrones, Doc Martin, and Further Ed.

JOBETH WILLIAMS rose to prominence in films such as Kramer vs. Kramer, Stir Crazy, Poltergeist, and The Big Chill. A three-time Emmy Award nominee, her work in TV includes roles on Frasier, The Client, Dexter, and Private Practice. 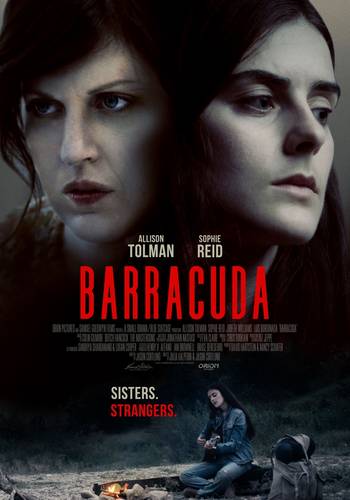