One night, a man passes away after a lethal car accident. Ana, Valentina and Chayo receive the same call: the chance to finally obtain the transplant they all have been waiting for. This first and fortuitous encounter between strangers will be only the beginning of a bonding relationship. It turns into a mad chase of the next fatality, where they find strength in the support of each other – realizing that what they need is also to harm each other.

CHEMA DE LA PEÑA started out as an economist, but founded his own production company in 1993 to pursue his dream of becoming a filmmaker. His first feature film, Shacky Carmine, was released in 1999. Since then, he directed, wrote and produced numerous feature films and documentaries, including Goya Award nominated films such as From Salamanca to Nowhere, Isi & Disi, 17 Hours and Sud Express.

I'm interested in those moments in life that make you stop and expect anything, where only a coincidence can change your fate. That's the starting point for the main characters of Live For Me, their life is on hold, they are waiting for a whimsical moment of good luck, persons trying to survive at the limit of their own existence, I try to transmit that vertigo of leaving everything to chance. From that point, I start to elaborate the overlapping stories of each of the characters.

MARGARITA ROSA DE FRANCISCO began her career as an actress in various popular Colombian TV series. She reached worldwide recognition with Ilona Arrives with the Rain by Sergio Cabrera (in competition in Venice), as well as with her roles in Fidel by David Attwood (alongside Gael García Bernal) and in the widespread acclaimed telenovela Coffee, with the scent of a woman.

MARTHA HIGAREDA has begun performing on stage and TV as a child. At the age of 19, with her first film, Amar te duele, she won numerous awards. Since then she has evolved to one of the most popular Mexican actresses, with repeated appearances in Hollywood film and TV productions, such as Street Kings by David Ayer (alongside Keanu Reeves, Forest Whitaker and Hugh Laurie).

TIARÉ SCANDA is a very famous Mexican theatre, film and telenovela actress and singer, she began her career as a child actress in telenovelas and had memorable roles in films such as Midaq Alley alongside Salma Hayek, Salon Mexico and Jon Huston’s Misfits. 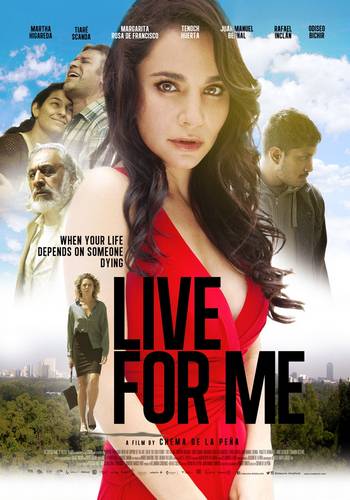