Maia, called ZEN, a rowdy yet solitary 16-year-old tomboy living in a small village on top of the Italian Apennines, is the only girl of the local ice hockey-team and she is constantly bullied by her teammates for her masculine attitude. When Vanessa – the beautiful and bewildered girlfriend of the team captain – runs away from home and hides in Maia‘s family lodge, Maia feels free to trust someone for the first time: they both embark on a journey of self-discovery exploring their inner desires and their identity.

Margherita Ferri attended the UCLA School of Film and TV and the Directing Program at Centro Sperimentale - National School of Cinema in Rome. In 2014, she was awarded with a Special Mention at Premio Solinas for the story Gattabuia and Premio Tonino Guerra for the script of The Hold. The same year, she co-created and directed the successful web-series STATUS and in 2017 she directed the award winning short-documentary I hate pink!.
Zen in the Ice Rift is her first-feature film.

The desire to bring characters that live on the margins of their community to the centre of the storytelling is at the core of my vision as a director. The film tells about the oppression that gender roles and heteronormativity put on our society and the struggles that those who don’t conform have to fight. I am interested in exploring the relationship between the production of landscape and the identity of the communities who live in suburban areas. For this reason, I worked on the concept of 'emotional landscape': an artistic tool to visually engage the audience into the inner dimension of the character.

Eleonora Conti and Susanna Acchiardi, the main characters of the film, make their acting debut in Zen in the Ice Rift. Director Margherita Ferri discovered the two actresses after a long casting process, that involved both high schools students from the mountains and the local LGBT community in labs and acting training.

Fabrizia Sacchi is known for her work in Paz! (2002) by R. De Maria and The First Beautiful Thing (2010) by P. Virzì. In 2013 she was nominated to David di Donatello for Best Supporting Actress for her performance in A Five Star Life by M.S. Tognazzi. She will star in the upcoming Suspiria by Luca Guadagnino. 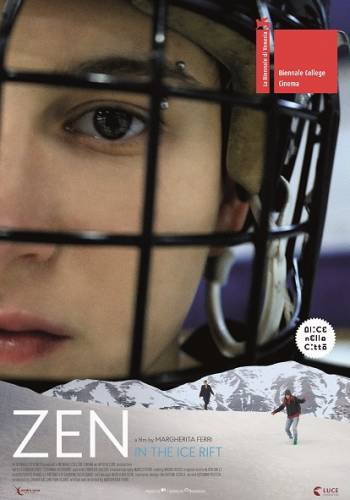