Based on the life of Jochen Klepper, German writer, who lived with his Jewish wife Johanna and stepdaughter Renate during the Nazi era in Germany. At the end of 1942 when the deportation of his wife and stepdaughter was imminent, Jochen faced the alternative of his career or marriage. The family  made an unheard-of decision. A decision made by thousands of intermarried Germans.

Benjamin Martins initially studied drama in Cologne and Berlin before giving his directorial debut in 2014. Three years later he and his dog 'Muesli' founded the film production company Herbsthund Filme. He was soon nominated for several major German film awards including the 'first steps award', which is organized by the German Film Academy and the 'German Cinema New Talent Award' at the Munich Int. Film Festival.

During World War II more than 20 Jewish families committed suicide on a daily basis in Berlin. Many of their names have been forgotten. Jochen Klepper died as one of them. With THE SHADOW HOUR I hope to keep alive the remembrance of the victims. This story is told in a quite unusual way. I'm inviting the audience to witness Jochen Kleppers imaginative inner world that promises unwavering hope even in the darkest place.

Christopher Kaiser
Born in 1963, received his acting training at the Mannheim Drama School and at the Chekhov Studio Berlin. He worked for various TV series of public broadcasters like RTL and SAT1. He also was a member of numerous theater ensembles in Mannheim, Heidelberg and Karlsruhe, Germany.

Beate Krist
She was born in Tunis and received her acting training at the Academy of Performing Arts in Ulm. Ever since she played multiple lead roles in theaters all over Germany. For instance Maria Stuart in Maria Stuart and Juliet in Romeo and Juliet

Sarah Palarczyk
The acting career of Sarah Palarczyk started at age of 15. She later studied drama at the ADK in Ludwigsburg and is now working as actress, singer and voice actress. She played parts in films such as Promise at Dawn and End-80. 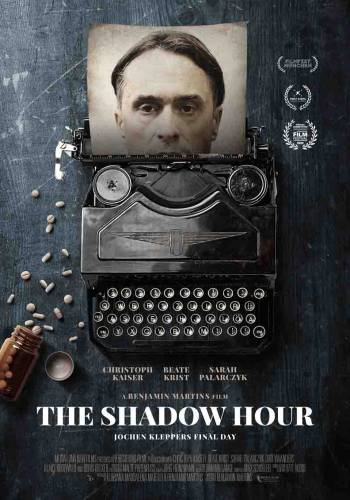