Papi recounts a day in the life of Sonia, a precocious 8-year-old girl with a vibrant imagination. Her flashbacks and surreal flights of fancy shed light on her relationship with her father, who is only ever known as the elusive “Papi” figure. The young dreamer Sonia copes with the pain of abandonment by clinging to her memories of a hero whoappears, but never arrives.

Noelia Quintero Herencia is a filmmaker, researcher and professor at the Faculty of Communications at the University of Puerto Rico. She has worked in television, creating the TV series Prohibido Olvidar as well as documentaries and music videos. Papi is her first feature film.

Amauris Perez
Amauris is a Dominican actor known for Patricia: The Return from the Dream and Colored Like the Night. He has also worked as a director of short films.

Hony Estrella
This up-and-coming actress and producer is known for Todos los hombres son iguales and Once Upon a Fish. 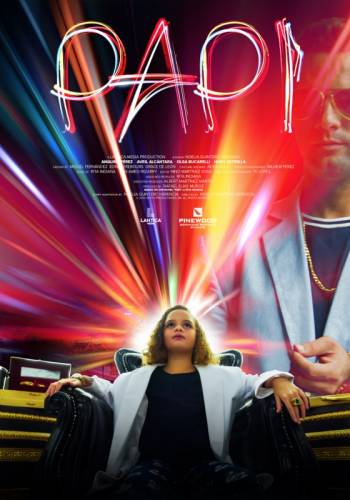