To escape a long prison sentence, small-time crook Gabriel strikes a deal with his prosecutors – to infiltrate the dangerous Arab clan of his former boss, Murat Kaplan, and provide crucial information to smash their drug cartel. But a plan gone wrong and a cold-blooded murder quickly escalate the situation – and all of a sudden, Gabriel finds himself in the merciless crossfire of a war that no one can win...

Mehrdad Taheri was born in 1983 in Teheran, the son of an Iranian business man. In early 2016, Taheri founded the Round 12 film production company and shot his feature film debut Thin Blood.

The film is about dependency, loss of control and trying to make the right decisions to become independent. There’s an appeal in the thought that it’s not important if you lead a life adapted to social standards or walk your path as an outcast. As long as you stay true to yourself and make your own choices, you are a free man. „Man is born free and everywhere is in chains.” (Jean-Jacques Rosseau).

Kida Khodr Ramadan
Born in Lebanon in 1976, Kida Khodr Ramadan pursued his acting career in Germany. He rose to fame in the internationally acknowledged TV drama series 4 Blocks and also appeared in the crime thrillers Only God Can Judge Me (2017) and (Unknown Identity). 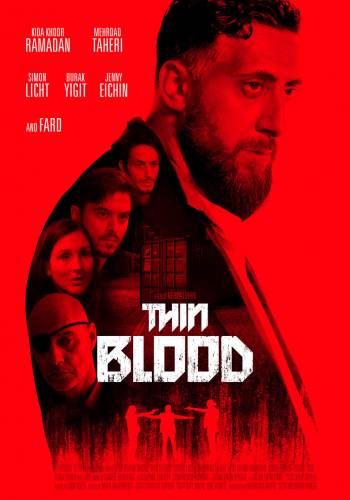