Manuel (Leonardo Sbaraglia) and Lucia (Celeste Cid) are married and decide to build a house outside the city. They settle in Lucia's mother house but Manuel finds an excuse to flee and take refuge in his parents’ home. Although they don’t want to admit it, they begin to live separated and distance themselves emotionally. Building a place to reconnect to each other seems difficult while the unspoken rupture begins to affect the one person they both want to protect: their son.

Anahi Bernari was born in Buenos Aires, and graduated from l'Institut national de l’Audiovisuel in Paris. Her films include A YEAR WITHOUT LOVE, which won the “Teddy Award” at Berlin, ENCARNACIÓN, which won the “Innovation Award” in Toronto Film Festival and “FIPRESCI Prize” in San Sebastian Film Festival. AIRE LIBRE is her forth feature.

I look back at my generation and wonder: Is the home the space which makes us a family? How can we keep on desiring the same person over the years, if everything we use has an expiration date? What nourishes love? What nourishes desire? When do we stop being young? Or are we a generation that will never stop being young? A daily drama. A movie built in layers, with humor, music and sex, in order to portray the deepest and most worldly desires of its characters.

Leonardo Sbaraglia is a multi awarded actor with extensive credits in both Argentina and Spain, such as WILD TALES which was in Main Competition in Cannes 2014, INTACT, BURNT MONEY, WILD HORSES. He has been nominated to the Emmy Awards.

Celeste Cid is a prominent Argentinean actress best known for her roles in sucessfull argentinean television series such as CHIQUITITAS, RESISTIRÉ or PARA VESTIR SANTOS.

Fabiana Cantilo is a singer and songwriter from Argentina. She has sold more than 5 million records in her career. AIRE LIBRE is her first film. 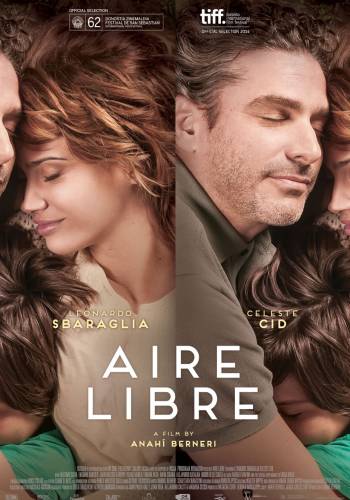