Colin (Jamie Dornan), an ambitious American investment banker, has a new challenge. A rich Arab Sheikh is a passionate pigeon fancier, who has been trying to buy a champion pigeon from Flanders without success. In an attempt to gain the sheikh’s trust and business, Colin goes to Flanders, and sets up a scheme to get the pigeon. But when he meets the stubborn owner, and his beautiful granddaughter Isabelle, he realizes that his assignment will be more difficult than he had hoped and will learn that there’s more to life than big business.

Dominique Deruddere’s first film was a story by Charles Bukowski, CRAZY LOVE (aka LOVE IS A DOG FROM HELL), that was released worldwide and became a festival favourite. The film also drew the attention of Francis Ford Coppola who helped Deruddere to set up his next project, an adaptation of John Fante's BANDINI. In 2001, his film EVERYBODY FAMOUS was nominated for the Best Foreign Film Academy Award. FLYING HOME is his ninth film.

“It’s not a coincidence that I’ve made Flying Home. Living for several years in LA, far away from home, I discovered a big truth: nothing is more important in life than to be near your loved ones. I could never have made this film if I had stayed in Brussels. The parallel between the journey of the champion dove to his beloved and the search for Colin to his true happiness, gives the story an underlying symbolic power.”

Jamie Dornan starred in films such as MARIE-ANTOINETTE by Sofia Coppola and SHADOWS IN THE SUN by Brad Mirma. As a Model, he also was the face of Calvin Klein in 2004. Dornan did the final season of ONCE UPON A TIME and got the lead role of a serial killer in the BBC crime drama series THE FALL. He is the titular character of Christian Grey in the feature film adaptation of the best-selling novel FIFTY SHADES OF GREY.

Jan Decleir is one of Belgium's most honoured actors. He acquired international fame with his role in DAENS by Stijn Coninx, nominated for the Oscar for Best Foreign Film. And also in the Oscar-winning films ANTONIA by Marleen Gorris and CHARACTER by Mike van Diem. At the Montreal Film Festival in 2005, he received the prize for “Best Actor” for his role in SCREEN OFF by Pieter Kuijpers.

Charlotte De Bruyne played in many theatre productions, including TOUCHING WELL, her first show, XXXO, which won the 2012 “Total Theatre Award” for Best Young Work at the International Theatre Festival in Edinburgh. In 2014 Charlotte will be seen in FRIENDS by Cecilia Verheyden. 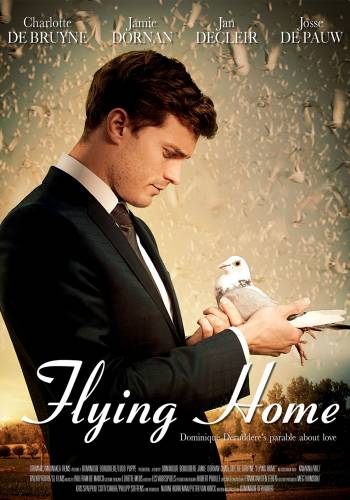