A cyinical swindler uses a girl who they say has visions of the Virgin Mary and whom many consider miraculous, for his economic benefit. Together witht the parents of the "Blessed one", they will generate a business so large and lucrative that inevitably it will get out of their hands.

Story of intrigue and fanaticism, in a city in which professed faith  mixes well with corruption and fraud.

Tito Jara H.
He is a director, screenwriter of the feature film A Tus Espaldas, one of the most popular films in Ecuadorian cinematography.  It had theatrical releases in Ecuador, Venezuela and Spain. It has been programmed in dozens of international film festivals like the International Film Festival of La Habana and Trieste.

In beautiful Quito downtown you can find many petty scammers that offer their miraculous healing services. How dangerous and immoral are their activities? I felt that this context is wonderful to place a crime that while it is being explained, creates a thread that joins corruption and power at all levels.

Andrés Crespo
He won awards for best actor at the Guadalajara and Cartagena Film Festival. He has participated in around ten feature films, including Pescador by Sebastián Cordero. It is part of the Netflix series Narcos, Frontera Verde by Ciro Guerra and stars in Camionero selected “Cannesseries”.

Carlos Valencia
He played the leading role of a criminal named Ángel, in the film Ratas, Ratones y Rateros by Sebastían Cordero, (premiered at the Venice Film Festival and nominated for the Goya award as best foreign film) for which he won the Colón award. Silver Award for Best Actor at the Huelva Film Festival. 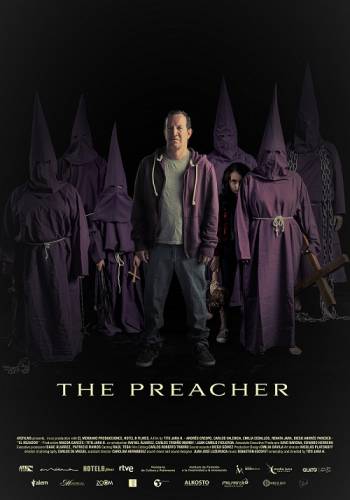